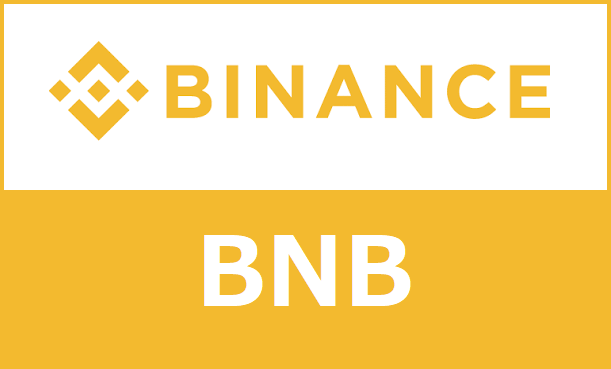 EACH CREATURE IS A PAIR OVERVIEW OF CRYPTOCURRENCY BINANCE COIN (BNB)

September 15, 2022Comments Off on EACH CREATURE IS A PAIR OVERVIEW OF CRYPTOCURRENCY BINANCE COIN (BNB)2046.5k

The largest crypto exchange Binance currently occupies a leading position among the world’s trading platforms. The name of the platform is assembled from two concepts – “binary” and “finance”. This means that the exchange trades two components, so-called cryptocurrency pairs. And it does it on a truly royal scale – on average, the daily trading volume on Binance reaches two billion US dollars.

The success of the site largely dictated the need for its own native token, which performs a number of service functions and ensures the smooth operation of the exchange ecosystems. Actually, this is how the BNB coin was born.

The Binance crypto exchange appeared in 2017, offering users a number of advantages compared to the platforms that existed at that time. For example, an innovative scheme for exchanging one cryptocurrency for another. In addition, users received a round-the-clock customer support service, clear intuitive control, high speed of the operation, as well as low commissions

In July of the same 2017, the creator of the exchange (about him a little later) conducts an ICO by issuing the Binance Coin token. For this, the ERC20 token standard based on the Ethereum blockchain was initially used (subsequently, the coin was reissued on its own BC blockchain in the BEP-2 standard).

In total, 200 million coins were minted. As part of the ICO, 100 million were sold, as a result of which it was possible to raise an amount equal to $15 million in cryptocurrency equivalent. 40 percent of the remaining coins remained in the pockets of the team, and 10 percent went to investors, the so-called business angels.

The main purpose of the coin, for which it was actually created, is the ability to cover all kinds of commissions on Binance, such as: trading, transaction, listing fees and more. How it works? In the first year, when paying in BNB, the user has the opportunity to discount half the cost of the commission, in the second year – the discount is 25%, in the third year – 12.5%, the fourth – 6.75%. On this attraction of unprecedented generosity ends its work.

One interesting feature is connected with the Binance cryptocurrency: every quarter, the creators of the exchange arrange a natural “auto-da-fé” for their own coins, that is, they buy them on the market, spending up to 20% of the profits brought by the exchange, and “burn” the assets in the “digital flame” ( that is, they destroy the smart contracts of the Ethereum network). In total, it is supposed to burn in this way the entire limit of coins realized during the initial placement equal to 100 thousand.

Where did this barbaric practice come from? In fact, it has nothing to do with the “feat” of Herostratus. Thus, the administration of the exchange is struggling with the depreciation of its coins. This practice began with the transition of the BNB cryptocurrency to its own blockchain Binance Chain. Since then, the creator of the exchange has set out to halve the number of issued coins, thanks to which the BNB coin has grown in price. As a result, the remaining coins will be used as “gas” for the life of the Binance system.

HISTORY OF THE FOUNDER OF BNB CRYPTOCURRENCY

Now the time has finally come to get acquainted with the creator of the crypto exchange and the BNB coin. Meet Changpeng Zhao, known in crypto circles as CZ. He was born in Jiangsu, China, graduated from McGill University with a degree in programming, then did an internship in Japan for some time, where he became interested in trading and financial manipulation. In 2013, “on the advice of friends.

” Zhao bought – no, not a Muscovite car, but bitcoins. To do this, he sold an apartment in Shanghai – he believed in the “cryptocurrency pioneer” so much. However, further events developed extremely unfavorably for the newly appeared investor. If the initial bitcoin rate, when Zhao bought it, was $600 per coin, then six months later it fell to $350, and a month later it dropped to a record $215. What happened in the soul of the future millionaire and founder of the crypto-exchange in those dark days.

there is no authentic evidence. But he did not succumb to panic, despair, or any other destructive feeling. On the contrary, he decided to dive deeper into the topic of cryptocurrencies by becoming a columnist for the Blockchain.info site. As a result, in 2017, the bitcoin rate sharply and fabulously crept, or rather shot up, bringing Champing Zhao a fortune. Inspired by success, the programmer decided to make his own Binance crypto exchange, and then the BNB coin. Actually, this is where we started our story.

In addition to generous discounts on commissions, BNB coins provide their holders with a number of other advantages. For example, the token easily “pairs” with all the coins traded on the Binance exchange, and this, for a moment, is several hundred! Democracy in choosing a device for work — the trading platform supports both desktop versions and Android and iOS operating systems. In addition, she communicates with the user in many languages ​​- it will not be difficult to find your native one. There is a 24/7 customer support service.

The technological effectiveness of the platform, on which advanced IT minds are working, which makes it possible for the exchange to carry out trading operations with the highest speed and excellent results, processing up to one and a half million transactions per second. Well, and the “auto-da-fe”, which we have already mentioned, that is, the burning of coins, which stimulates the demand for cryptocurrency

which have trading pairs with a large number of cryptocurrencies, are practically not used outside the exchange. Also, the threat of hacker attacks constantly hangs over the site with the sword of Damocles. Such is the other side of popularity. True, it must be admitted that so far none of the hacks has been successful.