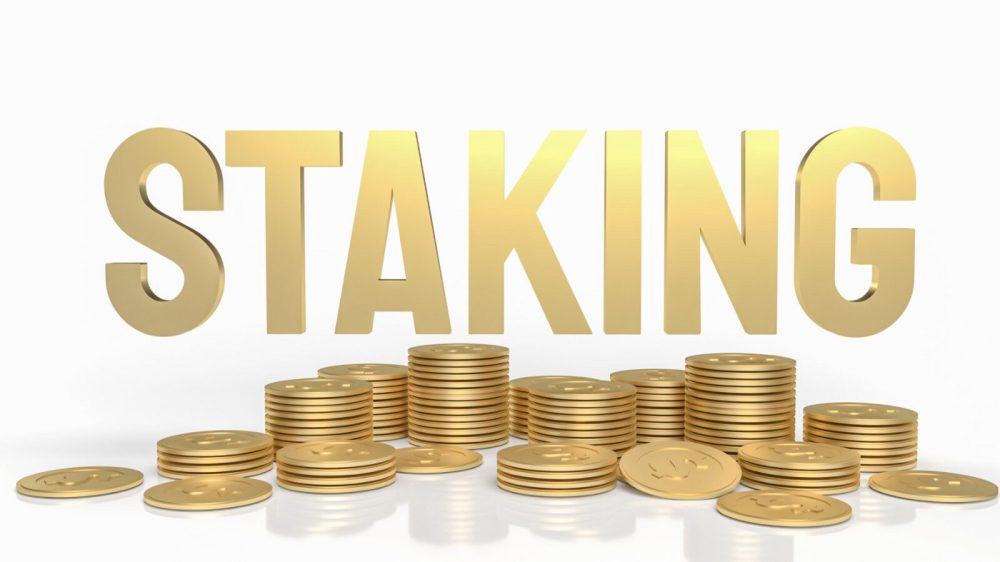 Staking is an innovative alternative to traditional mining. To form a source of passive income, the user does not need to purchase and configure expensive computer equipment and calculate the cost of electricity. It is enough just to hold a digital asset in your account. The profitability of staking depends on the chosen cryptocurrency and its storage period. Consider the most popular assets.

The Battle Infinity project is a game metaverse based on P2E technology. When completing certain tasks and participating in competitions, participants receive an IBAT token that complies with the BEP-20 technical standard. The coin can be used both for purchasing in-game items and for staking. To buy a token, you need to create a crypto wallet and purchase a BNB asset, which can be canceled on IBAT. During the pre-sale, the founders of the Battle Infinity project managed to sell over $300,000 worth of coins.

In the future, the sale of tokens will be carried out through the PancakeSwap exchange. The IBAT token has great potential as the number of users of the Battle Infinity metaverse is constantly growing. Some crypto market analysts predict a 3,000% increase in the market price of a digital asset over several years.

The Lucky Block asset is a native token of the cryptocurrency platform of the same name, which organizes NFT competitions.  During the pre-sale, the founders of the platform sold $6 million worth of coins. In total, the site plans to sell 22.5% of all issued tokens (22.5 billion pieces).The developers of the project set themselves an ambitious goal of globally changing the world of NFT. Widespread support from users and investment funds makes the coin promising for staking. The value of the token is maintained thanks to the burning function. About 1% of the total amount of sold coins is destroyed.

The Deify Coin asset is the token of the decentralized crypto platform Deify Swap. The exchange of assets on the exchange is carried out using digital contracts. A buyer of a Deify Coin can use the staking service. The yield of funds placement reaches 75% per annum. Cryptocurrency blocking period can be 1, 3, 9 and 12 months. Profit depends on the volume of tokens stored in the account. After the end of the blocking, the coins, along with the accrued interest, will become available for various transactions.

All trading fees that the platform collects go into the liquidity pool. To purchase a coin, you need to download and install the Trust Wallet crypto wallet.  BSC coins are required to purchase an asset.

The Ethereum system is in the process of transitioning to a new algorithm (from Pow to Pops). Ethereum 2.0 will operate on a new blockchain called Beacon Chain. Distributed system users will be able to use staking to generate investment income.  Staking will be available after the final change of the working protocol. If a user wants to become a validator of the system, then he will need at least 32 ether coins. Staking of the asset will be available on most major exchanges (Binnacle, Kraken, etc.).

Cryptocurrency appeared on the market in 2020. At the moment, more than 130 million coins are placed in staking. To receive income, the user must have a crypto wallet and become a member of one of the two mining pools. The blockchain of the system complies with the modernized Proof of Authority standard. Coins used for staking can be sold at any time. Interest income is calculated around the clock.

The Cardanol project is considered a serious competitor to the Ethereum system. Blockchain users can purchase the native ADA token, which is one of the ten most liquid crypto assets. More than 73% of all issued coins are currently staking.  To start staking, you need to connect to an existing pool or start your own. Users can deposit coins in Daedalus and Yoro crypto wallets. The system is constantly evolving and has excellent financial prospects.

The coin was issued by the largest crypto exchange Finance. The asset is one of the top three coins by market capitalization. The BNB token makes it possible to reduce financial costs and receive various bonuses. The Finance Smart Chain blockchain operates under the Proof of Staked Authority scheme. To reduce the rate of inflation, part of the crypto coins are burned quarterly. To start staking, you need to pass verification on the Finance exchange and delegate electronic assets to validators. The level of return on investment is about 18% per annum.

The protocol is designed to combine different blockchains into a single system. The cryptocurrency project has its own token called DOT. Staking an asset brings the investor from 13 to 22% per annum. If a user plans to become a network validator, then he must block 10 thousand DOT coins (more than 400 thousand dollars). Investors with smaller amounts can earn on staking by transferring coins to one of the liquidity pools. You can also place coins on one of the exchanges.