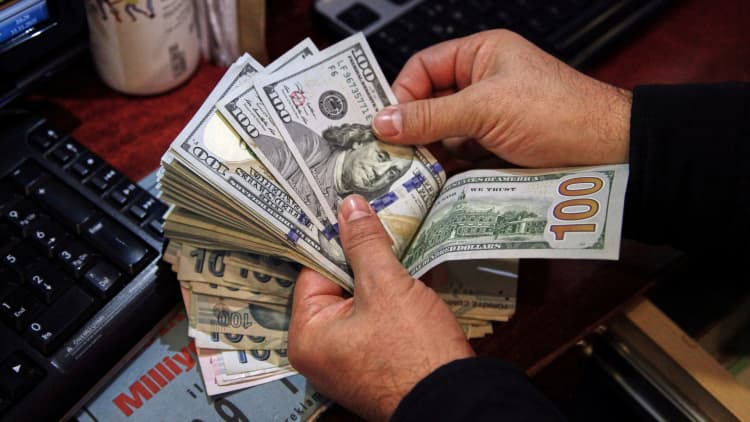 The closer to the new year, the louder the voices of skeptics expecting a new global crisis. The root of all troubles is again in America: either because of the trade war and Trump’s aggressive economic policy, or against the backdrop of rising rates, the stock bubble will burst.

It is clear that if there is a new financial crisis, we are waiting for the sale of assets in emerging markets, including Russia. Whether the dollar will reach 100 rubles is a question. But it is clear that our currency in this case will be among the first to suffer. It is not certain that the Central Bank, with its huge gold and foreign exchange reserves (about $460 billion), will support the ruble. The practice of recent years indicates, rather, the opposite.

The European currency is now highly dependent on political events and the situation on the US stock market. “Usually, if the crisis came from the eurozone, then the dollar was the defensive currency. Conversely, as in the case of the subprime crisis, the euro was the salvation. Now this is less relevant due to world globalization and high technological integration.

” says ITI Capital strategist Iskandar Lutsk. The split between the US and Europe will also hurt the euro zone currency. Nevertheless, the majority of experts surveyed by Banki.ru recommend investing in euros. Alexey Antoni, an analyst at Allor Broker, advises buying currencies that can balance the rise or fall of each other. “For individuals, this is a multi-currency basket, of course, including the dollar, euro and ruble. Only proportions can be different, ”he believes.

Seems like a very suitable candidate for a defensive currency. The country’s economy has been growing continuously for 27 consecutive years and is almost three times faster than, for example, the German economy. “The Australian dollar is one of the least volatile currencies against the US dollar.

” says Region analyst Valery Weisberg. On the other hand, some experts note a growing bubble in the country’s real estate market, which could be the reason for the crisis of the Australian economy. Another risk is dependence on exports, Australia sells agricultural products and raw materials for the chemical industry. During the last crisis, the Australian dollar lost about 11.5% against the US currency.

Despite Brexit and economic problems, it remains one of the world’s leading currencies. The country’s GDP is over $2.6 trillion (3.3% of world GDP). The exchange rate of the British currency corrected strongly after the decision to separate from Europe, but in general, after the 2008 crisis, the pound fell much less than many currencies. According to Freedom Finance analyst Vadim Merkle, now is a good time to invest in the pound for a period of more than three years. He recommends placing up to 10% of savings in this currency.

It can be purchased to diversify risks along with the dollar and the euro. A small country deservedly has the status of a refuge from all the world’s troubles, since Switzerland is completely apolitical and has maintained a permanent neutrality for two centuries. According to Vadim Merkle.

the Swiss franc looks like a “safe haven” against the backdrop of US protectionist policies, instability in Europe and the UK’s exit from the European Union. He advises keeping up to 20% of savings in this currency. During the year, the franc exchange rate remained almost unchanged, which once again shows its stability. In the last crisis, the franc rose by 14% against the dollar.

Considered a “safe haven” for investors. Analysts note the low volatility of the yen even in times of crisis. In 2008, the yen rose against the dollar by 30%. JP Morgan included the yen among the “reserve” currencies in case of a crisis, giving it the first place in terms of reliability. According to Iskandar Lutsk of ITI Capital, the Japanese economy has been steadily declining since the 1990s (growth forecast for this year is 1.4%), there was a slight recovery last year. But it’s not about the economy.

the analyst notes. Japan is a country of ultra-low rates and the only one where they are not expected to increase in the near future. Therefore, many borrow through the yen and invest in dollar-denominated assets. Japanese exports are negatively affected by the trade war between the US and China, but the country has a large margin of safety – the Japanese Central Bank is among the world leaders in gold reserves.

These currency namesakes are good if only because the countries where these currencies are used have been pursuing a stable economic course for many years. Low inflation, support for its own currency and high GDP per capita are pluses. But both countries are highly dependent on exports. For example, Norway sells oil and gas, while Sweden sells timber and iron ore. In recent years.

the Norwegian economy has been in decline: now the country’s GDP is less than $400 billion, although five years ago it exceeded half a trillion. But the country has accumulated huge cash reserves: the reserve fund is about $1 trillion. Despite the generally recognized status of stable currencies, both kroners lost significantly more against the dollar during the 2018 crisis than the currencies of other developed countries. The Norwegian krone fell by 10.5% and the Swedish by 13%.

It was not by chance that it was included in the list of the most stable currencies according to JP Morgan. During the crisis of 2018, it strengthened against the US currency by almost 7% and has been quite stable in recent years, losing only 8% to the American “namesake”.

The economy of Singapore has been growing noticeably over the past three years (now GDP exceeds $320 billion compared to $297 billion in 2017), the country earns from financial services, pharmaceuticals and electronics.  The government of the country does not adhere to any rigid political positions, and the sovereign wealth fund of Singapore is among the largest global investors.