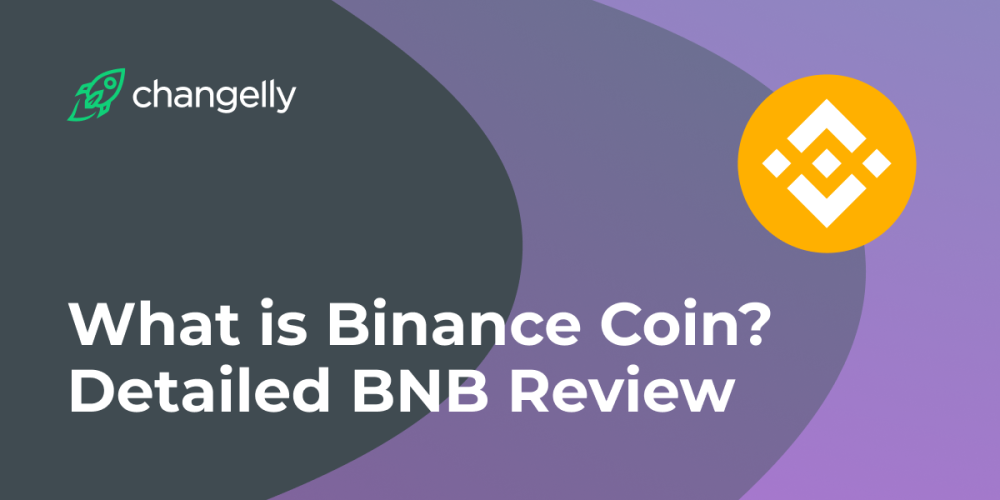 What did you need to buy in December 2020 in order to increase your fortune tenfold in a year? Someone says shares of certain companies. Others are gold. Still others choose bitcoin. However, they are all wrong. Binance Coin has skyrocketed by 900%. This is a digital coin that is issued by the world’s largest crypto exchange of the same name. Fin talk explains what kind of coin it is and how you can earn on it.

By and large, BNB is conceptually no different from any game currency. Here is an example: The creator of the conditional video game World of Priklyucheniya makes available the game currency – a virtual likeness of money that can be earned in the game for various activities and with which the player can buy various items. For example.

a season pass, weapon skins, or some kind of “sword of a thousand truths.” Moreover, these “play money” can also be bought for real, real money. The developer in our example is something like a mini-central bank. He, like a state, has a monopoly on the production of his own money in a centralized and unlimited volume. The well-known crypto exchange is doing about the same thing. But why did Binance Coin skyrocket in price?

There are three reasons for the growth.

The first is the fame of Binance creator Champing Zhao. This person is interesting, outstanding and charismatic. Life shook him around the world: he worked at the Bloomberg agency, and at the Tokyo Stock Exchange, and developed software for traders. All this continued until Zhao became known in certain (including extremely wealthy) circles.

The second is, trite as it may seem, the popularity of the Binance exchange itself. Millions of people use its services, and if so, they have to deal with BNB. The third is aggressive and non-standard marketing. Initially, the Binance Coin price was ridiculously low. They offered something like 20,000 BNB for 1 bitcoin.

That is, if you bought BNB for 1,000 rubles in the summer of 2017, then in the spring of 2021 it would turn into more than 7 million rubles. Not bad, isn’t it? Having reached record levels, the value of BNB fell three times. In November 2021, the coin made an attempt to update the historical maximum, but failed to achieve success.

Since the lows of January 2022, the crypto has already risen by 27%. For further growth, you need to overcome the nearest resistance level of $430. If suddenly this does not happen, then a return to the price of about $340 is possible, which is considered a support level. For clarity, here is a daily BNB candlestick chart. Green lines indicate support and resistance levels:

The exchange rate of any currency/cryptocurrency is affected by its offer. The question arises: is the emission of BNB limited?

How to mine BNB

When we talk about classic cryptocurrencies: Bitcoin, Lite coin, Ethereum and others, we always mention that they can be mined, that is, mined using some kind of special equipment.  On the one hand, this is not bad: save money on electricity, video cards and an ASIC miner. On the other hand.

the coin itself is very different from the classic crypt, and there may be questions about this. After all, there are very, very few ways to get a coin: You can simply buy BNB on any crypto exchange.  Periodically, the Binance exchange itself holds draws. Prizes at such events are issued in BNB. Become an employee of the Binance exchange.

It is stated that the emission is limited to 200 million pieces, of which some will also be virtually burned. But the exchange does not say that the emission will not resume in the future. It is possible that a new emission will never happen, but everything is not as clear-cut as, for example, with the same bitcoin that works on the Proof-of-Work consensus, that is, anyone can mine it.

Burning tokens is simply taking them out of circulation. It can either be done on a voluntary basis or be incorporated into the algorithm of a particular project (as is the case with BNB). The number of Binance Coins will be reduced until there are exactly 100 million of them, that is, the task is to reduce the supply by half from the initial one. There are currently around 165 million BNB available in the world. This means that about 35 million have already been burned.

The number of coins burned depends on the turnover for the quarter. The more BNB transactions occur on the exchange, the more they are destroyed. The exchange spends about 20% of its profits on withdrawing coins from circulation.

On December 1, Binance launched the Bruno update. With it, some of the coins are automatically destroyed. How does this happen? For example, you conduct a transaction. There is a commission for it. Part of this commission is automatically destroyed, erased from the network. BNB is not the only cryptocurrency where you can burn tokens.  So the guys from Binance are not innovators.