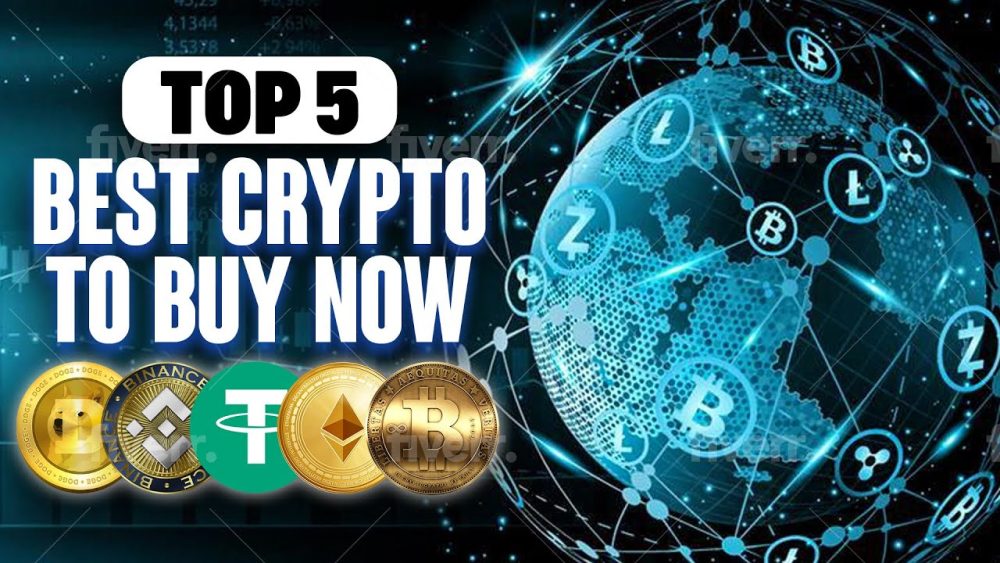 Any market is cyclical, and the cryptocurrency sector is no exception. Due to the increased volatility, bearish and bullish cycles stand out especially strongly. As part of the next bearish wave, rumors about the “long winter”, and even the death of cryptocurrency, regularly appear. Then there is a rebound from the bottom and rising Bitcoin/altcoins silence the naysayers for a while.

Today we will analyze the top five most promising coins with the potential for multiple growth in the near future. In order not to bite your elbows within the next bullish wave, counting the lost profit, you need to act right now.

Valery Groom, the trader of the World of Trading online platform, the author of the Cryptocurrency for Beginners course, told how to proceed.

Why is cryptocurrency now a great investment option?

Let’s briefly go through the reasons for the fall of the crypt in general:

● In May, the collapse of LUNA and UST came as a shock.

● Tightening of the Fed’s monetary policy, which provokes an outflow of investors from risky assets.

● There is no distribution of helicopter money, as was the case during the 2020 pandemic, when a significant part of it was sent to crypto.

● Some concern is caused by the level of debt load of large companies owning crypto.

● On June 13th, Binance paused BTC withdrawals due to a “stuck transaction”, which mainly affected Bitcoin.

Crypto was used by many as an asset to protect money from inflation, and its growth was also facilitated by the ultra-soft policy of the largest regulators in the world. As the key coins declined, a chain reaction began – an increasing number of investors began to get rid of portfolios.

The key here is that falling is a temporary phenomenon. The crypto has already proven its viability and is likely to grow in the future.

To earn money, the investor works ahead of the curve. While the crypto is at the bottom, you can and should look for tokens with the maximum growth potential. And most likely it will not be Bitcoin and Ethereum. If big coins make x2-x5, then lesser-known altcoins can give x10-x100. Our task is to find such altcoins.

● The project itself is evaluated – what it does, what problem it solves.

● The principle of operation is being studied – is there a limit on emission, what consensus algorithm is used. It is desirable that endless emission is impossible, over time the number of tokens in circulation will decrease, this may affect the rate of the coin. You can use the resources coinmarketcap.com, messari.io.

● The website and social networks of the project are being studied. It is important what the developers write, whether there is activity on Twitter. On coinsguru.io, you can evaluate the Twitter of the project, Ethereum acts as the basis.

● Attracted investments are evaluated – this is a kind of filter. If large players invest in it, then the project has potential. You can also take into account the investments of the project itself, ideally it should invest in other areas.

● Schedule of key events. This information is on coinmarketcal.com – the more significant news, the better.

● Cryptopanic.com is researching the news archive. We are interested in the frequency, the reaction to them.

● The chart itself is evaluated in terms of technical analysis.

Based on this analysis, we will collect a mini-portfolio of 5 altcoins.

Arguments in favor of buying a coin:

● It is a decentralized platform where daps can be deployed. The developers promise high throughput, and the key feature of the Near Protocol is Nightshade shading technology. We have our own NFT marketplace, which is developing at a good pace.

● The issue is limited, the maximum number of tokens is 1 billion, more than 70% have already been mined. Pops consensus algorithm, “wallet mining” is possible.

● There are large investors, Coin base, FTX invested in Near Protocol. NEAR developers themselves are actively investing – this is a good sign.

● The developers are pushing the project forward, there are several significant events planned for the summer on the calendar. In the past, such events occurred regularly.

● The mirror level in the region of 1.7 is clearly distinguished. When testing this support, you can buy NEAR. Alternatively, you can buy at current levels and average with a further decrease in the coin.

Strengths of the coin:

● Cardano – something like Ethereum “on steroids”, differs from Buterin’s brainchild in high throughput.

● There can be no more than 45 billion tokens, more than 75% of this amount has already been mined, PoS is used.

● Several major events related to Cardano are planned. In the past, there has been a high frequency of news releases in which this altcoin appears, almost daily there are messages of this type. Marketing at its best.

● On the chart we see a test of the mirror level around 40 cents per coin. In theory, a hike to support at 20 cents per ADA is possible, but this scenario is unlikely. Rather, there will be growth from current levels.

Arguments in favor of buying an altcoin:

● The number of tokens is finite. Of the 10 billion, more than 8 billion have already been released, the Pops consensus algorithm is used.

● There are no comments on Twitter activity. There are large companies among investors, and Polygon also has a good investment portfolio – this is proof that the developers are focused on long-term work.