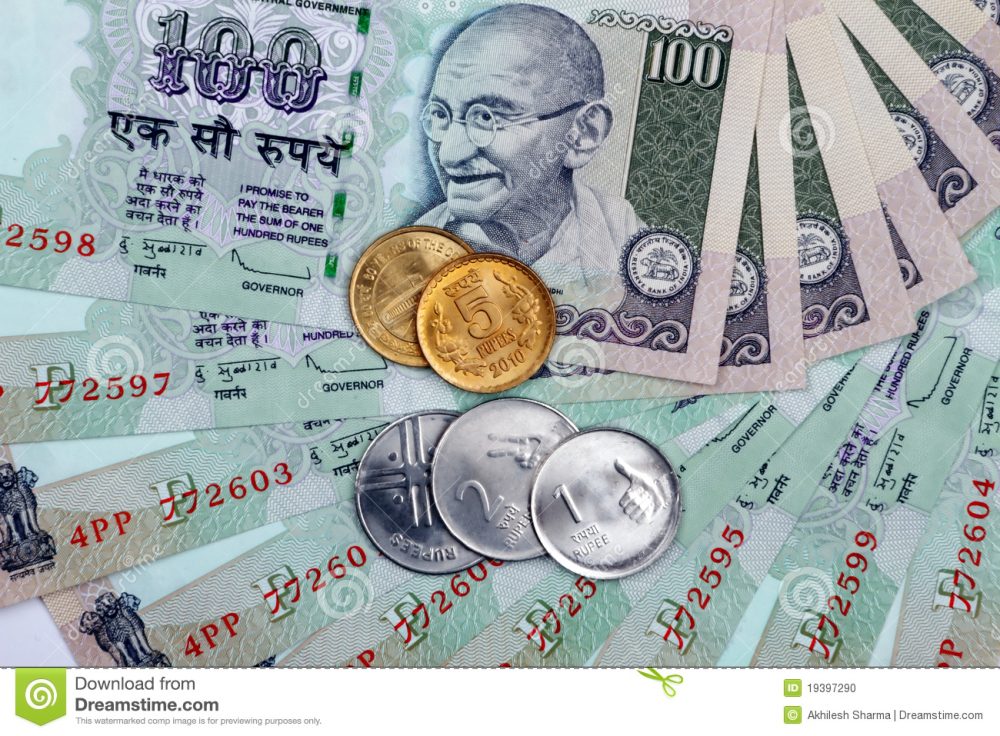 The national currency of Nepal (Federal Democratic Republic of Nepal – FDRN) is the Nepalese rupee, consisting of 100 paisa.

Nepal is one of the seven countries in South Asia and East Africa whose currency is called the rupee.

Nepalese rupee currency is issued by Nepal Rostra Bank, founded in 1956 as the central bank of Nepal.

The Nepalese currency is a low value currency.

A feature of the currency of Nepal is the indication of the year of issue of the banknote according to the two current calendars – the Bikram Samrat era (main) and less often according to the Nepal Samrat era. After the Nepalese revolution and the overthrow of the monarchy in 2007, the Gregorian calendar dated for the first time appeared on the coins and banknotes of the FDRN in parallel with the traditional chronology.

History of money in Nepal

Nepal has a rich political history with which the history of the monetary system is closely connected. In addition, the design of Nepalese money until recently, namely the overthrow of the monarchy and the proclamation of the republic in 2007, was greatly influenced by the two main religions of the country – Hinduism and Buddhism, which filled the coins and banknotes of Nepal with complex religious symbols.

For example, let’s take 50 Nepalese pike in 2001. Swayambhunath, also called the “Monkey Temple”, is minted on the reverse side.  The obverse depicts the royal crown and the title of the king – Sir 5 jñānēndra viral virama śāhadēva – Shri 5 Gyanendra Bir Bikram Shah Dev (the number 5 means fivefold veneration of the king). The 64 dots along the edge symbolize the 64 Yoginis (the incarnations of Goddess Parvati).

The reverse of one rupee with the same date (2058 Bikram Samrat era coin) depicts the Baleshwar Temple, the famous temple of the Hindu goddess Bageshwari-Durga in Nepal Ganj. It is believed that the temple was built on the site where the tongue of the goddess Sati fell.

In 2005, the reverse of the rupee was given to the famous Tal Abraha Temple, also known as the Temple of the Lake. And on the front side, a traditional ornament is minted, the elements of which are religious symbols revered in Buddhism and Hinduism: a crescent, a sun, a spinning wheel, a sea shell, a lotus, a mace and a trident.

Now let’s look at the 25 rupees of 2001, also minted during the reign of King Gyanendra Bir Bikram. On the obverse we see the bust of the ruler in the crown, surrounded by the title Sir 5 mahārājādhirāja jñānēndra vīra bireme śāhadēva. On the reverse.

a Khadar (double-edged sword) is depicted in the central circle, as well as the denomination of the coin (Panaceas rūpainyā) and the name of the country are inscribed. The inscription on the outer circle – Sir sir sir go ram radar an dhal – Sri Sri Sri Gorakhnath (patron god of the royal Shah dynasty). Here, as well as on the coins discussed above, 64 dots are minted along the edge.

It is believed that the first coins minted in Nepal were rough coin-like silver signs issued in the state of Shakya (also Vajda or Viji, later Licchavi), one of the 16 mahajanapadas (great countries) in the north of Hindustan. One of the rulers of Shakya was the father of the Buddha – Shuddhodana. It is quite possible that Siddhartha Gautama (Buddha) could hold these coins in his hands.

The classical period of ancient Nepal is the Licchavi kingdom in the Kathmandu valley. Licchavi coins in the 5th-8th centuries. spread widely to neighboring territories and became a model for the coins of some Indian principalities.

Period 750–1540 considered the dark ages in the numismatic history of Nepal. Researchers believe that the collapse of coinage occurred under the influence of Muslim invaders who invaded from India. The Nepalese returned to the use of unmarked pieces of metal and golden sand in commodity-money relations.

The resumption of regular coinage in Nepal is associated with the coming to power in the Kathmandu valley of the Malala dynasty (1540-1768). During the Malala era, Nepal’s monetary system was systematized and unified. Tanka and mohar and their fractional fractions became the main coins. The design of the Tanka coins was based on the design of the Islamic coins of the Delhi Sultanate, in weight it was equal to the Indian rupee – about 11 grams of silver.

Mohars were issued in accordance with the Hindu Tantric Hindu-Buddhist Yantra chart and weighed 5.5 grams of silver. Mohar minting continued until the early 1930s. 1 rupee (11 grams of silver) was equal to 2 mohars.

The next stage in the development of money in Nepal is associated with the rule of the Shah dynasty (1768-2007). The main coins were copper paisa, silver mohar, gold Ashrafi.