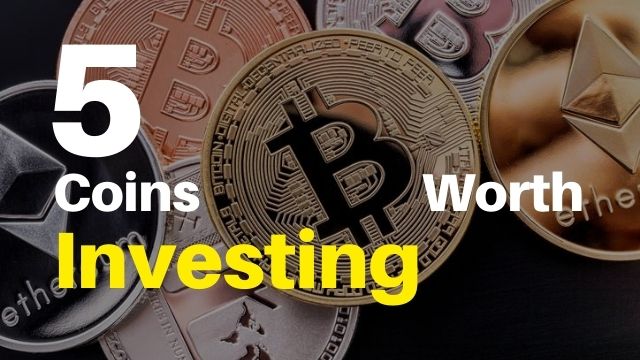 Investment coins – is it worth investing in them

From time immemorial, precious metals have been considered one of the most reliable ways to save money. Gold and silver prices do not fluctuate much during crises. In the long run, they always grow and bring good returns to investors.

I became interested in buying precious metals after the wedding, when the question arose of what to do with the donated money. I had just graduated from the university, earned a penny and did not know anything about investment instruments.

A rainy day in my mind looked not just like a financial crisis, but like a real apocalypse – with the collapse of the banking system, the depreciation of the currency and all the ensuing consequences. That is, I needed the most conservative and liquid instrument of all possible. So that in the midst of the apocalypse, you can easily exchange assets for cans of stew.

At the family council, it was decided to deposit half of the amount received on a bank deposit, and convert the other half (130 thousand rubles) into gold. The question arose – how to do it.

There are several available ways to invest in precious metals. The choice depends on the investment goal, the size of assets, the attitude to risk.

Banks offer bars of gold, silver, platinum and palladium weighing 1–999 g. A significant disadvantage is that they are subject to VAT. The final price of the bullion includes a 20% tax and a bank mark-up, which makes it not very attractive to investors. I dismissed this option immediately.

The investor does not acquire the metal itself, but its virtual equivalent.  It is converted into precious metal at the rate of its purchase. CHI, unlike ingots, is not subject to VAT – this is a significant plus. But there is also a minus – the deposit insurance program does not apply to it. If the bank fails, getting the money back will be problematic.

Coins made of precious metals

Coins are not subject to VAT, they can be easily bought at a bank or numismatic store, unlike bullion, they are not so easy to counterfeit.

What are investment coins

All coins made of precious metals can be divided into two types: commemorative and investment. The former are produced in small editions and are of interest primarily for their numismatic value.

Their value is made up of many factors: condition, rarity, quality of coinage, content of precious metal. To evaluate the profitability of a purchase, you need to have certain experience and a good understanding of the nuances.

They are produced in large quantities – several hundred thousand or millions of copies – respectively, they do not carry any collection value.

They can be easily bought at the bank and just as easy to return. An ideal option for the investor-teapot.

unlike ingots are not subject to VAT;
have a relatively high liquidity – they are willingly redeemed by both banks and individuals;
selection and purchase do not require special knowledge.

There are also cons:

require careful storage;
suitable only for long-term investment – from 5 years and longer;

What are investment coins

The issuer of investment coins in Russia is the Central Bank. They are minted at the Moscow and St. Petersburg mints. The most popular coins today are presented in the table.

I studied current offers and chose coins in which the cost of pure metal was minimal.

They were also the most accessible and liquid of all presented. For “Chevrolets”, “Sables” and “Leopards” it was necessary to go to the other end of the city, and “Pobedonostsy” were sold in a bank on a nearby street.

Traditionally, gold bullion coins are in greater demand than silver ones. The price of gold is less subject to fluctuations in the short term, which means that the probability of selling it profitably is higher. Buying silver coins is worth it if you don’t have enough money for gold coins.

I considered only domestic coins, because I was not going to export them anywhere. If you are planning to move abroad soon, pay attention to foreign copies. For example, the “American Eagle” will be willingly bought from you anywhere in the world, and you can sell your own “Victorious” only for gold scrap.

The products of the Moscow Mint (MMD) are valued higher than the St. Petersburg Mint (SPMD).  Coins minted on MMD are 1–2% more expensive.

And all because in the period from 2008 to 2013 SPMD minted coins in violation of technology. As a result, over time, spots resembling rust appeared on them. According to the assurances of the Central Bank, the defect was eliminated long ago, but the “sediment” remained. Judging by the reviews, investors still treat SPMD with distrust.