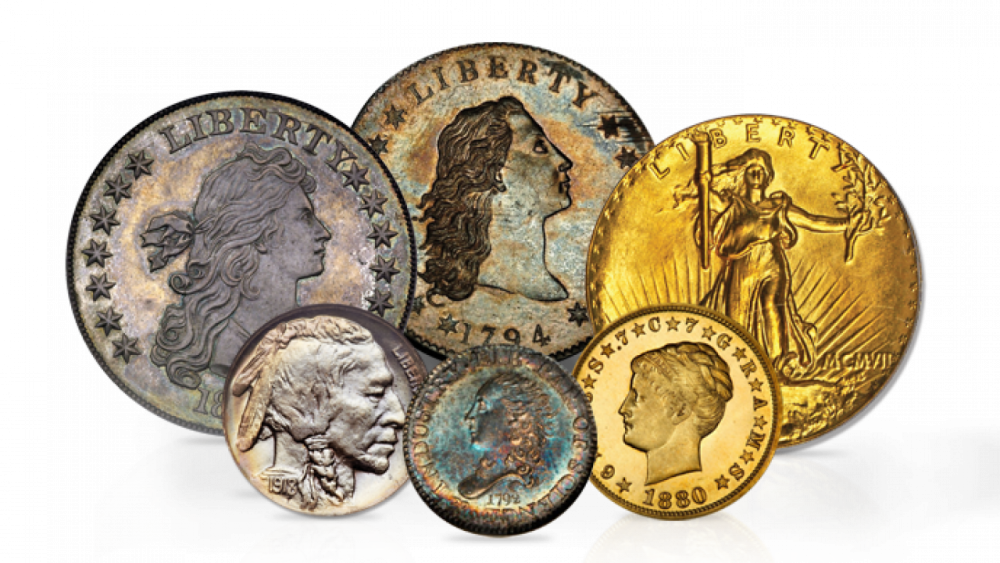 most important investment coins in the world

If you decide to buy gold coins, but are not sure which ones to choose, then this note will provide a list of the most popular gold coins in the world. Attention will be paid only to bullion gold coins, therefore, rare, historical and collectible gold coins will not be considered.

Gold investment coins must have certain characteristics in order to be worth investing in them.

– The fineness of a gold coin must be at least 22 carats. The higher the standard of a given gold coin, the less alloys in the form of copper or even silver it contains. High grade coins end up worth less in terms of pure gold content due to the premiums associated with them. Some investors prefer 24 carat gold coins because the presence of copper in the coin makes it more durable and less likely to be damaged if the coins keep changing hands, as they once did. Of course, in the past, the coins were in safes, but in the future, everything may change.

– The coin must be widely distributed (high supply level). Rare gold coins that cannot be obtained from anywhere turn into numismatic coins that do not have a specific market. If we consider gold coins as a form of money, then there must be many of them and they must be everywhere, since scarcity causes them to lose their property of being money.

One of the original aspirations and reasons for minting gold bullion coins was to establish trust and stability in relation to gold. Gold coins turn a homogeneous commodity into a thing that has a reputation, recognition and a certain level of expectations. Like most brands in the world, the best brands of gold coins assure the buyer of the fineness, weight and quality of the coin, that is, they keep their promises.

If this particular coin is in relatively low demand, then it will be difficult to find a seller in case you need to sell it. The ability to buy and sell goods in secondary markets for a decent price is a sign not only of a good car, but also of a good investment gold coin.

– A gold coin should have an aesthetic appeal. Even though the value of a gold coin is measured by the amount of gold it contains, we live in a world where aesthetics are always a factor in choosing a commodity. For example, on the one hand, gold coins depicting Arabic words will not attract the attention of Western investors in gold coins, and Chinese gold coins with the image of a panda, on the other hand, offer an aesthetic that transcends state, national, cultural boundaries, creating unprecedented demand.

most important investment coins in the world

Each of the listed coins meets all the requirements for gold coins, which were mentioned above. Of course, personal taste and geographic location will be the main determining factors for the formation of this list. Significant differences, history and advantages of each coin will be indicated in the interest of familiarization.

This circumstance may surprise some, but Turkey has produced more gold bullion coins than any other nation in the past ten years. Turkish coins are called “republican” because of the word “Cumhuriyet” which means “republic” in Turkish.

Zayne coins are especially popular among Turkish citizens, as they are purchased as gifts for almost any festive event – for the birth of a child, circumcision, graduation from an educational institution, military service, betrothal and wedding ceremonies. Turkey also uses gold as a store of value in an atmosphere of inflation as a result of a serious financial crisis that occurred in the late 20th and early 21st centuries.

In Turkey, there is one of the largest covered markets in the world, which is known in the world under the name “Grand Bazaar”.  Demand for Turkish gold coins is mainly in the Middle East, so don’t worry, there will be a buyer or seller of these coins in this region.

The banking sector openly recognizes gold and treats it as money, which allows it to provide a wide range of services such as gold accounts, gold jewelry that can be turned into cash equivalents in a bank account, gold ATMs and other innovative services. The world’s first gold coin was actually minted in Turkey in the 550s.

One disadvantage for overseas gold investors, apart from the limited availability of these coins in international markets, is the non-standard weight of Turkish gold bullion coins. While most modern coins in the world are expressed in troy ounces, Turkish coins (which have a fineness of 22 carats or 91.7% pure metal in moent) are expressed in the metric system – 7.216 grams of total weight and 6.615 grams of pure gold. half a lira.

2.5 lire and 5 lira (each of which is a part or an increase of the original “full” coins).  Ziynet coins are usually issued with a hook on the edge so that it can be attached to clothing during weddings and circumcisions. The Turkish State Mint says it produces 1.5 tons of gold coins every week.