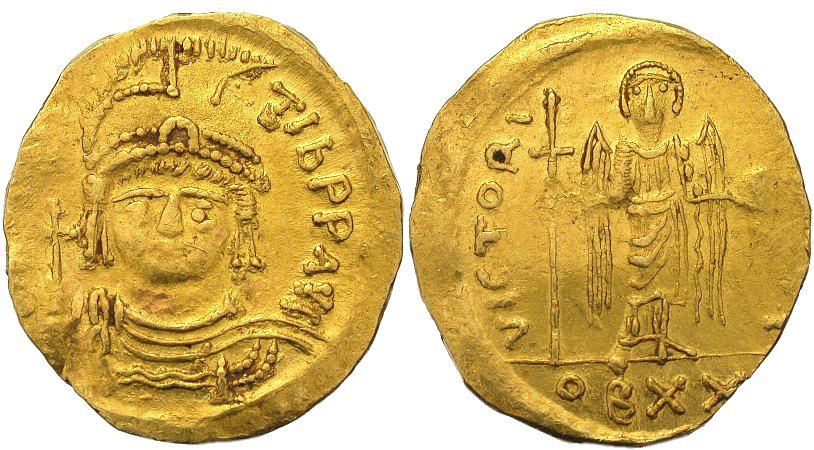 Today, there are many ways to profitably invest your money. They do not lose value, do not become obsolete, do not need special storage modes, with the exception of security measures. Their price is growing every year, especially if a rare copy falls into the collection. There is a rating of the most expensive gold coins in the world, and the numbers on this list are amazing.

In the list below, there is not one, the most valuable gold coin, called the “Red Kangaroo”. The fact is that it did not change its owner, and, consequently, its market price was not determined and announced. The Red Kangaroo coin is 80 cm in diameter, 12 cm thick and weighs approximately one ton. The total cost of the gold used to make the giant is $50 million. This exhibit is on public display in one of the Australian cities – Perth, and was released recently – in 2011.

So, the rating is opened by a rarity of Arab origin – Dinar Hashmi. The approximate date of issue of the coin is 737, the cost is 1 million dollars. Despite the exceptional rarity and venerable age, the price of the rarity has not exceeded one million.

they would never have fallen into the hands of European and American collectors, but this is an assumption not based on facts. Irregular shape, uneven edges, Arabic script on the obverse and reverse distinguish this coin from products made in Europe and the USA.

The coin was made in 1907, the last value was 2.99 million dollars. Today we know of a few surviving specimens, the rarity of the rarity is the first reason for its high cost. The second is an unusually fine, detailed study of the coinage, as well as a high relief of the image. The production of these coins was highly labor-intensive, and over time, the cost of products increased significantly. The Double Eagle with Relief was last auctioned in 2005.

The last price of the coin is 4 million dollars. The history of its production is captivating: South Africa during the Boer War did not have the opportunity to make a new cliché with the date 1899, and the government decided to use last year’s print, correcting the date on it, for which the stamp was sent to Germany. However, due to the war, plans had to be changed.

after which the employees of the mint simply printed the number 9 at the end. The prototype was issued in a single copy, then all products were dated correctly, and this coin acquired an exceptional value. Collectors gave it the name Single 9, and an unusual story, from the category of those that are very fond of numismatists, contributed to the increase in value.

Another gold coin worth $4 million. In fact, it is a bar of precious metal, designed accordingly. The Canadian Mint released this product, and you cannot put it in your wallet, unlike other money. This is hindered, firstly, by the huge weight (it is about 100 kg), and secondly, by the impressive dimensions (circle diameter 53 cm). For manufacturing.

pure gold with a fineness of 999 was taken, the face value is 1 million dollars, and, surprisingly, it coincides with the cost of production of the product. As for the design, it is quite simple: the profile of Elizabeth II is engraved on the obverse, and the face value is affixed on the reverse. Currently, the one millionth coin is in a private collection, and before that it was exhibited in one of the Vienna museums.

The item was last listed at the Spink auction, where it was valued at a fantastic $6.8 million. This copy has a truly impressive age, gold double florins of this coinage were in circulation in 1343-44. Despite its age, the clarity of the engraving allows you to see on the obverse King Edward III, who takes his rightful place on the throne, as well as details of the luxurious decoration of the palace hall.

The production technology at that time was imperfect, for this reason the edges have irregularities, and the edge is missing. Its second name is Double Leopard, the face value is 6 shillings. In total, three copies of Edwards are known in the world, the year of their manufacture is 1343. The rarity is explained by the fact that during the manufacture the denomination did not correspond to the weight and the entire circulation, with the exception of a few pieces, was withdrawn.

The cost of this gold coin is slightly less than that of the specimen described below, the last transaction for its sale was carried out for 7.4 million dollars. The rarity is very rare, and the name was given to it by the name of the creator who developed the design of the coin.

Ephraim Brasher lived in New York in the 18th century and was engaged in jewelry business. All of his products are emblazoned with the initials “EB”. The obverse is decorated with a traditional eagle, on the reverse – a magnificent mountain landscape. The Brasher doubloon is not the only one in circulation, but the number of such coins is extremely small, which also affects the increase in value.

The ranking of the most expensive gold coins in the world is completed by the Double Eagle. The event that brought the rarity to its value was the ban on gold ownership introduced in the US in 1933. It concerned all citizens of the country, and the coins issued by that time had to be melted down.

However, a few pieces escaped this fate, the total number of them is unknown, but one of them – the Double Eagle, with a face value of only 20 dollars, came to the attention of numismatists in 2002. Then it was put up for auction by Sotheby’s, and the sale of the rarity showed a record result – 7.5 million dollars.