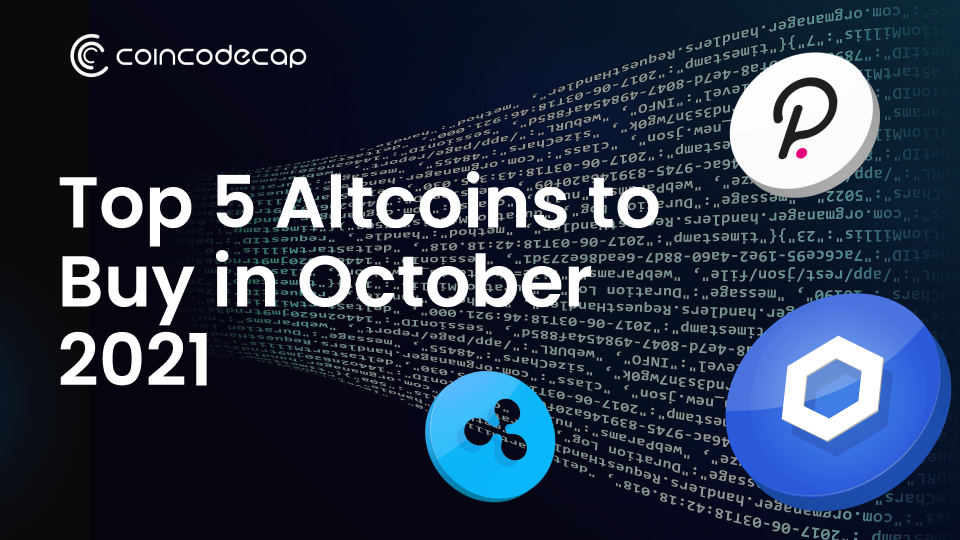 The most promising altcoins of 2021. Where to invest?

For many people, the list of digital currencies ends with bitcoin, but in addition to it, there are a lot of promising crypto coins. They have numerous advantages that every investor should be familiar with, according to LBLV.

What is the essence of altcoins? How are they different from Bitcoin?

The word “altcoin” comes from the phrase “alternative coin”. The term first appeared on the largest thematic forum Bitcoin Talk. Over time, it gained wide circulation, especially after the publication of the article by Stephanie Young.

This concept has a hidden meaning: bitcoin is called the first cryptocurrency, and all other digital coins are considered its analogues. In fact, each altcoin is created with the aim of improving the BTC, eliminating the shortcomings of the blockchain system.

Most of the tokens appeared in 2017, when there was a real boom in the ICO market. Depending on the specific digital system and working platform, altcoins may differ from Bitcoin in the following ways:

2017 pleased crypto enthusiasts with the appearance of a huge number of tokens. Developers around the world have been building better and more useful systems. Alternative coins occupy an increasing market share – about 60% of the total capitalization.

LBLV experts say. Bitcoin is still very popular, but the share of some altcoins has increased significantly. This situation is explained by the growth of the capitalization of “old” tokens (Ripple, Lite coin, etc.), as well as the emergence of completely new coins.

In simple words, altcoins are any cryptographic money with the exception of BTC. This group includes all ICO projects that involve tokenization in the developed economic model. It is believed that the position of alternative coins does not depend on the current bitcoin rate.

but this statement only works for promoted projects. If we consider quotes of completely new crypto coins, then market confidence will be formed on the basis of past experience, including those associated with the first digital currency.

Considering their own desires, the contributor will decide to use one of two options:

On the exchange. As a rule, large cryptocurrency exchanges provide their own wallet for storing funds. This is very convenient in cases where an investor plans to make profitable deals, actively trade in the market and monitor changes in rates. Having a certain amount on the account, he gets the opportunity to instantly buy or sell any tokens.
The disadvantage of this option is the low level of security. Exchange platforms usually do not have a high-quality system with multi-level data encryption, and therefore are often subject to hacker attacks. It is almost impossible to return the lost funds, so a trader can lose his invested capital literally in a matter of seconds.

On a cryptographic wallet. Today, a wide variety of services offering hot or cold storage can be noted on the network. Wanting to secure the invested capital, the investor should focus on cold wallets. LBLV analysts believe that this is the best option for storing cryptocurrencies.

Their main difference is that the money is transferred to a server that is disconnected from the Internet. Connection occurs only after entering special keys.
Among the shortcomings of this option, it is worth mentioning the long withdrawal of funds. The transaction will have to be planned in advance.  If a person forgets his password, he will not be able to log in and make a withdrawal.

What to look for when choosing investment instruments:

The presence of wealthy exchange players among coin holders
If a member of the system owns 1% of all tokens, then he can have a strong influence on the course. Thus, there is a high probability of market manipulation. Making predictions is not realistic, and trading is more and more like a casino.
High market liquidity on major exchanges
The larger the trading volumes, the easier it is to buy or sell a token. Given a good level of liquidity, a trader can trade with minimal delays and relatively low commissions.

Market capitalization plays an important role in pricing
If this indicator is too low, then the digital coin will be constantly influenced by large players. The price is easy to manipulate when the level of capitalization allows you to purchase more than 1% of all tokens.
Potential for long-term investment

In order to avoid large losses due to premature closing of orders, a trader must calculate the potential for an increase or decrease in prices in the long term. The best option is the altcoin that shows a clear bullish trend. There may be temporary drawdowns on the chart, but an upward movement should be observed on it.
Developers

This item is taken into consideration in cases where the team openly declares itself, introduces the potential investor to the participants in the system. Experienced crypto enthusiasts are much more likely to create a quality product than beginners. You should check what the creators of the project were doing before. If serious offenses are noticed behind them, then it is better for the depositor to refuse to buy tokens.

Ethereum is the most popular altcoin in the world. It showed growth throughout 2020, and in the first half of 2021 it overcame the maximum mark, breaking the record by almost 2 times. The cost of Ethereum exceeds $3,300 per coin.
2
Tether is a sought-after financial instrument with a capitalization level of $68.05 billion.  Each cryptocurrency token is backed by 20 US cents. This is the main advantage of the altcoin, while most ICO projects work without real money backing.
3
Binnacle Coin is a token that does not have a unique blockchain system or a lofty goal to change the world. It appeared in 2017, created according to the ERC20 standard. The purpose of the coin is to pay for financial transactions within the Binnacle exchange system. The coin is trading at $424 apiece with a capitalization of over $71.5 billion.
4
Cardanol is a decentralized blockchain platform that has never been exposed to vulnerabilities in the network. Immediately after the launch, the project was called the next version of Ether, but the creator denied these words.

He considers his platform to be something conceptually new and more perfect. The coin gained particular popularity in 2021, because the creators clearly followed their plan, demonstrating excellent results to users. Cardanol is currently trading at $2.19 with a market capitalization of $70.63 billion.
five
XRP is a cryptocurrency used inside the Ripple system. It allows you to make quick and easy exchange transactions with different money. The market capitalization exceeds $48 billion and the value of one coin is about $1.04.