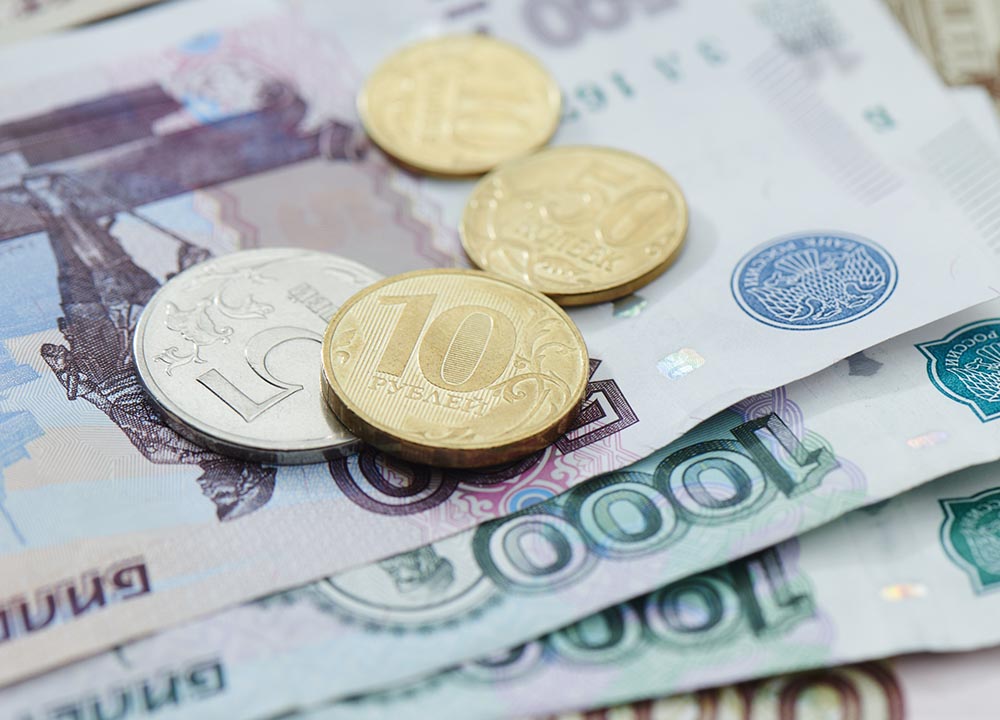 What do we know about the ruble?

Ruble, yuks, wooden, torn, crunch, efimkas, cross, re – these are all synonyms for the simple word ruble. Yes, we do not give our beloved so many cute nicknames! And how did all the “money” words appear in the Russian language?

The word fee is considered to be related to the word canvas. Namely, the canvas once replaced money for merchants in settlements with European buyers (flax did not grow in Europe, and linen fabrics were very much appreciated). But there is also a version that derives payment from Hebrew – as one of the forms of the verb denoting deed and reward.

Well, everyone knows this: the words money or money have a Turkic (tinge) or Kharza (tagma, that is, “seal”) origin. But these terms also had a predecessor – the Greek Danika. Money was called one of the oldest Moscow coins – 1/200 of the ruble, half a kopeck.

A very young word in Russian – it came only under Peter I from Polish.
And in Polish – from Latin. This is a derivative of the verb moneran – to warn. The ancient Romans called the coin Juno, the goddess of marriage, birth and motherhood, who was believed to warn the people about various disasters. Near the temple of Juno Moneta in Rome there were workshops where money was minted, and over time they also began to be called coins. By the way, the word mantle has the same divine origin.

Came to Russian from Polish, and there – from German: groschen. And groschen – from the Latin phrase denarius grosses – “large denarius”.

Mane, scruff – these are all words related to the hryvnia. It was once worn on the back of the neck, that is, on the neck, in the form of a precious hoop, which was both an adornment and a means of payment. In Ancient Russia and neighboring Slavic countries, the hryvnia was also a weight unit – the first in the annals. She measured the weight of gold and silver.

The word ruble has three probable ancestors – to chop, a scar, or even a rupee (and she comes from the word rupia, “processed silver”). The ruble existed even before it began to designate money – this is how some kind of stump was called in Russia. Since 1316, the word appears in documents as a stump of the hryvnia – a larger monetary unit.

He looked like a silver sausage. And the scar may have something to do with it: there is a version that when making money, a special form was poured with silver in two steps, and a scar was obtained on the finished money. Only after all, a scar is also from the word to chop.

Fines is Latin for the end. In the Middle Ages in France, the so-called completion of the transaction – payment. Then the word finances began to denote monetary settlements in general, then cash, and then the entire money world with its “inhabitants” and their movement.

When we are annoyed that “not a spear in the wallet,” we speak almost exactly like our ancestors in Russia. In 1535, Elena Gilinsky, mother of Ivan the Terrible, began a monetary reform, including the minting of new coins, which depicted George the Victorious with a spear. They were called pennies. There is another version that the word comes from the Tatar expression “Kobak dinar” – “coins of Kobak”.

the Mongol khan. But this option does not stand up to criticism by most historians: archaeologists have not found a single coin of Kobak on the territory of ancient Russian settlements, and the word kopeck appeared two hundred years after the death of this khan. So – still a spear. (And the word wallet comes from the common Slavic kosha – “basket”.)

Do you think this is modern jargon? No, it is at least from the 20s of the last century, when credit notes began to be issued with an oblique inscription “1000” in the corners. The second version is even older: the first Russian banknotes also had oblique inscriptions. Catherine II began to issue them (and the very first banknotes were made from … outdated palace tablecloths).

Originally from 1866, when the faces of sovereigns first appeared on the new paper money. There was a portrait of Catherine II on the hundred-ruble banknote, and the banknote, of course, was called “Katya”. Peter I was placed on the 500-ruble note.

and the banknote was called “Pitka”, “grandfather” or “five-Kata”. Well, over time, the name was transformed into a well-known version. By the way, the careless word grandmother also has a royal origin! Criminal elements called the hundred-ruble bill “royal grandmother”, and then simply “grandmother”.