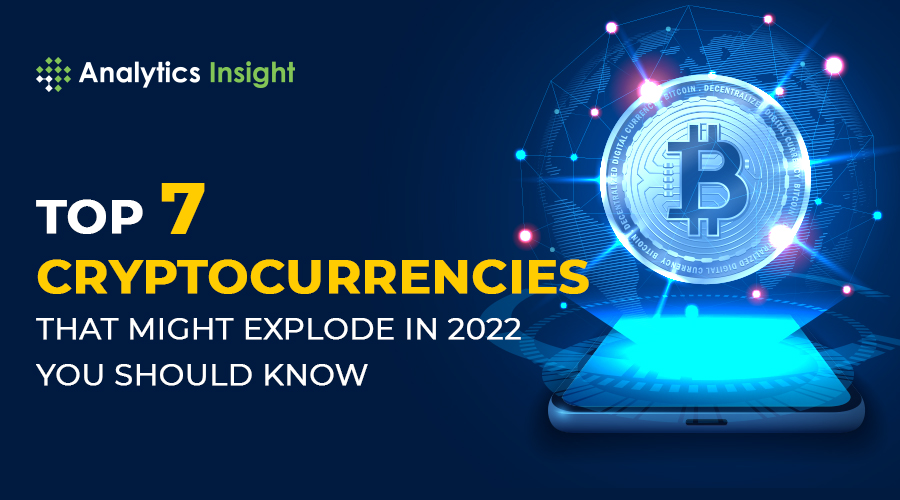 March 29, 2022Comments Off on 7 cryptocurrencies that you can invest in despite the fall of the market42143.4k

On the night of December 4, all major cryptocurrencies simultaneously lost in price – there has not been such a sharp drop since May 2021. For example.

bitcoin, which had been trading at about $57,000 the day before, collapsed to $42,000 at the moment. In this material, which was prepared jointly with Crypto exchange Currency.com, explains why a fall is good, and tells you how to benefit from it, even if you don’t really know anything about cryptocurrencies yet.

Why have cryptocurrencies fallen so much?

Most likely, another strain of omicron, is to blame. Traders may have feared potential new restrictions that could change supply chains and hit the economy again. Not only cryptocurrencies have gone into the minus. American indices sank by an average of 2.5%, European – from 2.5% to 4%. Slightly more than 1% decreased against the dollar and the Russian ruble.

Usually there is no such correlation between stock quotes and cryptocurrency prices, but not this time. This is because this fall there were other newsworthy events to which cryptocurrencies react much more sensitively. Here are just a few of them:

The ban on any cryptocurrency transactions by the Chinese Central Bank in September;
Tighter regulation in the market by the United States;
Preparations for the ban on cryptocurrencies in Russia.

With all this news, it is decidedly impossible to predict when cryptocurrencies are going to crash next. Which does not prevent you from thinking about how to prepare for it and what cryptocurrencies to invest in at a low price when it happens.

You will never be able to buy bitcoin and Ethereum cheaply – you have to come to terms with this. But acquiring shares of these cryptocurrencies when they are cheaper than usual is tempting.

In October, many investors again raised their forecasts for BTC. There are several reasons, but the main one is the launch of an investment fund based on cryptocurrency in the United States.

Washington is finally about to endow the industry with a comprehensive regulatory strategy.  But a number of cryptocurrencies fall into the first category. And bitcoin is the number one contender here, as is Ethereum, on the basis of whose network most of the now popular NFTs are built.

Cryptocurrency Cardan (ADA) – the sixth largest cryptocurrency as of November 2021 – may rise several positions higher after its official appearance in the decentralized finance (Defib) sector. The news about the emergence of so-called smart contracts, such agreements that do not need intermediaries, because both parties sign it themselves on the blockchain network, can also spur the interest of buyers.

Binance Coin (like Cardanol) is of interest to investors primarily in the context of DeFi as a competitor to Ethereum. While the creators of Ethereum are slow to update the network and speed up transactions, Binance Coin has a great chance to beat the competitor at the turn. In a word, investments in this cryptocurrency may well become promising in the long run.

Cryptocurrency XRP can receive a positive revaluation and serve as a promising investment in cryptocurrency. In addition, the threshold for buying this coin is quite low – 1 XRP is worth less than a dollar. Ripple, the company behind XRP, is actively developing technical solutions for cross-border payments. Their products may soon be used by several Asian central banks and the UK.

There is also a minus that must be taken into account – the Ripple developer company is suing the US Securities Commission (SEC). However, it is still worth considering the risk of XRP being banned in the US.

The main idea of the Polka dot project is to increase the compatibility of different blockchains within one platform. The project was even called the “Ethereum killer”. The company is developing rapidly. In 2020, she launched a “testing ground” for checking codes – Kazama.

And although the Polka Dot cryptocurrency is just an appendage to the main goal of the network, it is quite actively used both in the ecosystem itself and outside it. Now the cryptocurrency is already in 9th place in terms of value among the top 100 cryptocurrencies.

The Avalanche Token (AVAX) is the cryptocurrency of the network of the same name. Its goal is to speed up token transactions and make smart contracts and Daps (Decentralized Applications) easier and faster to use.

In mid-November, Avalanche announced a partnership with one of the audit market giants, Deloitte. This resulted in a sharp rise in AVAX, with the token rising from $94.03 on Nov. 16 to a high of $110.31 in just a couple of days.  Analysts agree that the prospects for 2022 are the brightest for this coin – by the end of the year, according to various estimates, it will cost from 230 to 280 dollars.

A relatively young, but already prominent and bright player in the crypto market, Chain-link pursues a goal similar to Polkadot – to make an intermediary service between blockchains and smart contracts.

Among the partners of Chainlink is the global payment system SWIFT, the one from which the US has been threatening to cut off Russia for 7 years in the most radical version of sanctions. In addition, investors of the eminent Grayscale fund bought Chainlink into their portfolio.

True, the cryptocurrency is deservedly criticized for a too weak recovery from the market fall, and also for the fact that large investors hold most of its turnover – now they own about 7% of Chain link’s total volume.