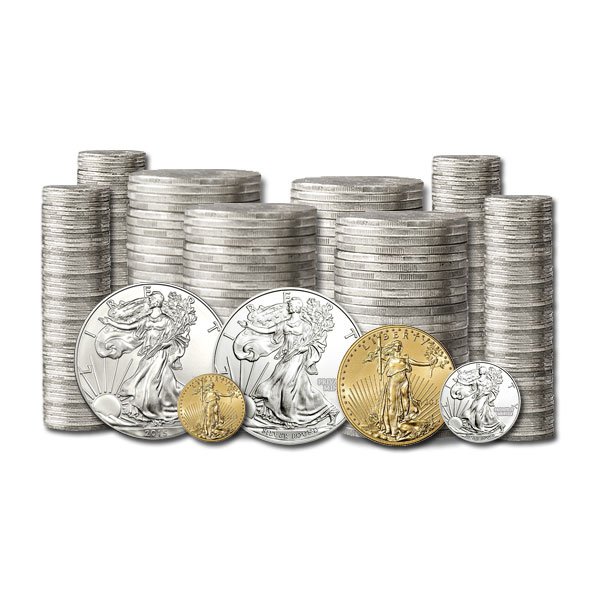 Topic for attachments. Silver and gold in coins as a capital preservation strategy

March 15, 2022Comments Off on Topic for attachments. Silver and gold in coins as a capital preservation strategy21143.5k

It is believed that gold and silver will never collapse in the global economy and will set the equivalent of the rest of the world’s currencies. Is it really? A profitable investment during crisis rallies can be the purchase of gold and silver coins. This theory is actively discussed on thematic forums. Topics “What coins are promising in terms of investment”.

“Gold bars of the National Bank of Kazakhstan”, “Investment in coins. Is it profitable?” from time to time they become hot and the Network explodes with comments: “Do not forget – gold has always been the most stable currency measurement, especially since this week it has grown in price, especially numismatics in our mentality.” “In the Almaty branch of the NBRK.

there is not a single gold coin in stock.” “Gold has already risen in price by 6k… In two weeks! Why such a wild spread of 5k? Is there a possibility that it will bounce back? Or is there such a big demand?” In general, when the markets are in a fever and the situation is changing rapidly, people remember precious metals as a proven tool for saving acquired wealth for centuries.

The gold rush will take over the world again…

The National Bank of Kazakhstan has been minting gold and silver coins for many years. “Among the coins issued by the National Bank, there are two priority areas: investment and collection,” Aliya Adambayeva, director of the NBK’s Information and Communications Department, told Inbusiness.kz. “Investment coins are designed for savings in the long term, their profitability depends on the cost and weight of the metal, from which the coin is made.

and the value depends on the world prices for gold and silver. Collectible coins – these coins can be minted from precious metals and non-precious. In the manufacture, complex minting and decoration technologies are used, which make the coins interesting for collecting.” Factors affecting the pricing of collectible coins: mintage, subject matter, design and quality.

By the way, the quality of the coinage of the National Bank of Kazakhstan is very high, and this is recognized even by the most capricious among collectors. “We have one of the best mints in the world,” says Roman Anikienko, co-owner of Proof Kazakhstan. “In my opinion, our mint, if not in the top 3, then in the top 5 mints of the world, is definitely included.” Not every country can afford such a mint.

If we compare the coins of Kazakhstani minting with the coins of other countries, then it is simply impossible not to notice the excellent proof quality. “In Russia, the coins are so-so, their themes are very weak – either personalities or some kind of events. In our National Bank, the guys are great, and the artists do what they need, and the marketing department works well. Our coins often win awards at international exhibitions “, – continues Anikienko. Since 2000.

made in KZ coins have won 24 awards in various categories for high quality workmanship and beautiful design. “Kazakh coins are an export-oriented product, they are popular both domestically and abroad, as evidenced by the increased demand for coins among collectors in many countries. Our coins constantly participate in international competitions and have already won a number of prestigious awards for workmanship, design and technological innovation.

” Aliya Adambayeva says, “As long as the coins are freely available on the primary market, their value is affordable, but as soon as their circulation is sold out, they rise in price on the secondary market. numismatic market may fluctuate”. But in fact, everything is not quite so. “Our coins are quoted, but not very interesting to foreign collectors.

” says Roman Anikienko. “Our currency is weakening very quickly against the dollar, so the rate of appreciation of collection / investment coins does not have time to cover inflation, devaluation and everything else. For example, a new coin has been released, the collector paid $50 for it, he wants the coin to grow in price, and in Kazakhstan it grows, but in tenge, and in dollar terms it falls. Therefore, such a coin is not interesting for a foreign investor, no matter how beautiful it may be.”

How to make money with coins

Kazakhstani numismatists-collectors mostly collect modern gold and silver coins. Even if these coins are not of numismatic interest, the expectation is that the precious metal is at least an investment in the future. “The numismatics market is growing, but at a slow pace,” says Nikitenko. “This is a very specific market. Not everyone can collect coins – the hobby is very expensive.”

Approximately throughout the country there are a little more than a thousand people who can be called numismatists. There are still people who are trying to make money, they are not very well versed in the topic, but they are active in a businesslike way.

“You need to feel the market, understand the demand. Most often, the more popular and interesting the topic, the faster the circulation sells out. The faster the circulation sells out, the higher the price,” says Nikitenko. Sometimes the National Bank artificially stirs up interest in coins. So, for example, it happened with the gold coin “Year of the Dog” (the silver coin also skyrocketed in price).

“Year of the Dog” is a coin from the “Oriental Calendar” series. The twelve-sided series is very popular not only among collectors, many people want to buy such a coin just as a gift to friends, relatives, and relatives. “My brother was born in the year of the dog, the coin turned out to be one of the most suitable gifts for him for the New Year. Super.

” happy owners of a rare and already very expensive coin share on the forums. Collectors also want such a coin to collect the entire series, and now the price flies into space. A similar story with the “Year of the Boar” gold coin from the same series – a circulation of 200 pieces made the price of the coin sky-high (although the “Year of the Dog” is more expensive). “This coin (“Year of the Boar.

– Note) is very rare, since only 200 coins were minted, and only 36 pieces went on sale in Almaty,” says Roman Nikitenko. The gold “Year of the Horse” and “Year of the Rooster” were minted in large numbers – 3,000 and 4,000 pieces, respectively, so their price does not skyrocket. Why does the National Bank issue some coins in a large circulation.