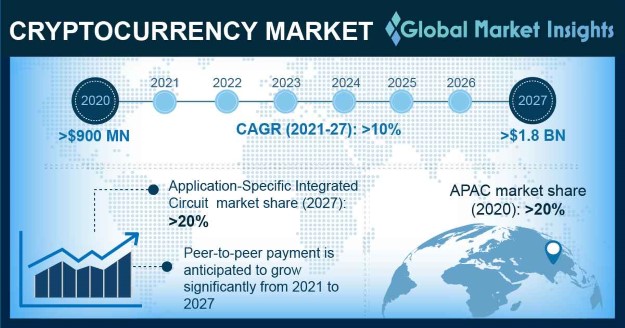 Changes in the cryptocurrency exchange rate are often unpredictable. Let us recall at least September 2017, when, due to the ban on the circulation of digital currency in China, the bitcoin rate fell sharply [1] . Analysts have repeatedly emphasized the high volatility (variability) of the cryptocurrency rate.

linking this to the decentralized nature of its turnover. But with the development of any segment of the financial market, patterns are established, the knowledge and correct application of which helps traders make a profit even when the exchange rate falls.

General trends in the movement of the e-currency market are detected with competent analytics. Using all the methods of analysis in combination, it is possible to predict in advance which cryptocurrency is better to invest in at the current moment in order to make a profit at the end.

For example, when the bitcoin rate falls, investors are more actively investing in other currencies, which dramatically increases their value [2] . But this market trend can be identified by analyzing rates against bitcoin, and not against the dollar, which novice investors may not be aware of and carry out transactions at a loss. Therefore, successful trading depends, in particular, on knowledge of the patterns of the cryptocurrency market, which will be discussed in our article.

Cryptocurrency market in Russia and in the world

The status of digital currency in Russia is almost certain today. On March 20, 2018 [3], a draft federal law “On Digital Financial Assets” [4] was submitted to the Russian parliament, the main provisions of which caused a lot of discussion in the highest echelons of power.

They were related to the civil law status of cryptocurrency: the Ministry of Finance insisted on the possibility of exchanging digital money for Russian or foreign currency [5] , while the Central Bank of Russia was against it [6] . The Committee of the State Duma of the Russian Federation on the financial market proposed to introduce provisions establishing the procedure for exercising state control and supervision in the field of cryptocurrency circulation [7] .

The final version of the law identifies two types of digital assets:

Cryptocurrency – the law defines it as a financial asset that is created and accounted for in a decentralized database of digital transactions.
Tokens issued by legal entities or entrepreneurs in order to attract funding for start-ups.

Cryptocurrency and tokens are recognized as digital property and can be exchanged for rubles or foreign currency through special operators: legal entities engaged in brokerage, dealer or securities management activities, as well as providing services for conducting organized trading in the commodity and/or financial markets on the basis of exchange licenses or trading system licenses [8] .

At the same time, the rules for such transactions should be established by the Central Bank of Russia in agreement with the Government of the Russian Federation. A similar position has developed in judicial practice: at the beginning of May 2018, the Ninth Arbitration Court of Appeal equated digital financial assets with the property of a citizen [9] .

A review of the real situation in the Russian cryptocurrency market indicates a change in emphasis among the population. If at the end of 2017 the whole country was engulfed by an epidemic of cryptocurrency mining (“extraction”), then today the demand for it has fallen several times [10], and this despite a significant decrease in the cost of equipment for the extraction of electronic currency.

At the same time, investing in cryptocurrencies is gaining more and more popularity. According to the ACRA rating agency, the Russians have invested in digital currency from 7.5 to 14 billion dollars (almost a trillion rubles). Most of the investments are concentrated in the hands of large players in the cryptocurrency market, but high investments indicate that investing for the majority of interested citizens of our country is the best income from cryptocurrency.

The situation on the world market remains unchanged: while the authorities continue to “tighten the screws” on the electronic currency, trying to regulate its circulation in detail or completely ban it on the territory of the state, society continues to earn against this background.

Investors are increasingly investing in electronic money [11], and analysts are trying to predict in which cryptocurrency it is better to invest fiat money. There are also resourceful entrepreneurs who are trying new ways to make money. For example, a center for treatment of “cryptocurrency addiction” was opened in Scotland, and the first ATM in Europe for exchanging electronic currency appeared in Amsterdam [12] .

In order to combat fraud and money laundering using cryptocurrencies, the governments of the United States, Australia, Canada, the Netherlands and the United Kingdom created the J5 organization, whose activities will be related to the investigation of such tax crimes [13] .

The level of danger of the cryptocurrency market remains unchanged. At the end of June, news appeared in the media about a hacker attack on the South Korean exchange Bethumb, as a result of which the attackers managed to steal cryptocurrency for a total of about $31.5 million [14] . A week earlier, hackers attacked the Conrail exchange, stealing about $37 million worth of digital currency [15] .

But against the backdrop of political and economic changes in the world, despite hacker attacks, cryptocurrency exchanges continue to function in the traditional format. In order for trading activity to be profitable, it is important to understand the patterns of the market, to be able to independently determine which cryptocurrency is better to invest in and at what stage.

Beginners and veterans of the market: about players and currencies

It would seem that trading on a cryptocurrency exchange is not so difficult: if you wait for a low rate, you buy a currency; if you wait for a high rate, you sell it. But it is not always possible to adhere to such a rule – large players often manipulate the market by artificially reducing or increasing the value of an individual digital coin.

A review of cryptocurrencies and their trading history shows that such manipulations are quite common on exchanges. If the beginner does not determine the beginning of the “big game” in time, there is a high risk of losing all capital.

Therefore, in the cryptocurrency market, all players are conditionally divided into roles, depending on the nature of trading and the amount of capital.

“Hamsters”. Novice traders who are not familiar with the peculiarities of the market. To trade, they choose any coin in the top of the best cryptocurrencies, search the Internet for an up-to-date forecast and are guided by the general mood of the same “hamsters” on the stock exchange.