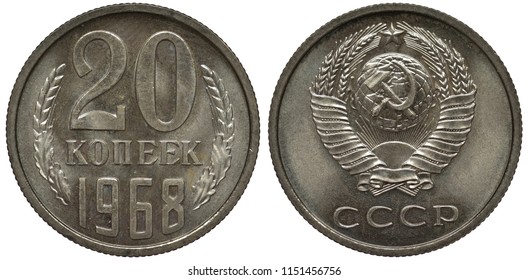 The most expensive coins of Russia

This article will tell you about rare and valuable Russian coins of the 1997 model. In parallel, we also note trial copies that cannot be returned for delivery, so that it becomes clear what determines their astronomical prices. We remind you that in the descriptions of the coins “SPMD” and “MMD” are the logos of the mints located near everyday rubles under the eagle’s paw, and “M” and “S-P” are the letter designation of the yard on kopecks located under the horse’s hoof.

The most valuable coins of modern Russia of regular minting

The new line of coins went into circulation on January 1, 1998. However, both mints started minting ahead of time, so this coin series is called the “1997 sample”. For more than two decades, many interesting and expensive positions have appeared in it, and some of them can still be obtained for change. Below is a table where coins are highlighted in a certain color, which are valued more than their face value.

From the selected cells, it is necessary to select a group of coins that cannot be found in circulation. In preparation for the new planning period, both mints cut out the dies of those positions of the coin series that can be ordered. But the Bank of Russia sometimes decides not to mint certain denominations, and since 2011, the order for the issuance of regular minted coins has been given mainly to MMD. As of September 2021, single copies of the following probes are known, which are included in the complete list of expensive modern coins:

An intermediate position between coins that have never been in circulation and ordinary, but rarely seen specimens is occupied by 5 kopecks and 5 rubles of 1999. According to legend, they were found when counting change, pulled out of piggy banks in various regions of the country. On the coins, indeed, there are clear traces of circulation. The fixed price of leaving 5 rubles in 1999 at the auction is about a quarter of a million. The only copy of 5 kopecks in 1999 was sold privately, and the price of the transaction was not disclosed.

The glory of 1, 2 and 5 rubles of 2003 SPMD as rare coins of our time was provided by an advertising campaign of one of the banks. Infrequent coins of modern Russia include 1, 2 and 5 rubles of 2002, which both courts issued only for sets (the estimated circulation is 15,000 copies for each item). Of the patches, 5 kopecks 2000 joint ventures stand out sharply at a price. Rarely come across 2 rubles of 1999 MMD, as well as 50 kopecks of 1999 and 2002. SP. Above the face value with the same dates, Moscow fifty dollars are also valued.

Among the one-kopeck coins that have practically left circulation, the dates “1997”, “1999” and “2009” are valued. In the table, coins sought by collectors are highlighted in pale green. But the demand for them is not so great. Only selling prices are high on them. It is difficult to sell coins of the “Above face value” category on your own, because with due attention to the change (and even more so with the constant sorting of bags of small change), it is not difficult to find them. However, coins of the 1997 sample of the early years of minting in a stamp shine are now sold for several hundred rubles per copy.

If you look into the catalogs of Stashing or Kulfis, you can find quite a few extremely rare and sometimes unique coins that differ slightly from others in the location of the mintmark or the design element. But the demand for these tiny differences is low. Therefore, we will show only the most famous positions, the implementation of which will bring the seller from a thousand rubles and more.

On most kopeck pieces, the folds are longitudinal (vertical). And for a small part of the circulation, the stamp was cut out with transverse (horizontal) folds. The last well-preserved coins are valued at 1,000 rubles. But if the letter “M” and not “S-P” is on a dime with transverse folds, we have an ordinary coin in front of us.

Most of the five-ruble coins of the first years of minting had almost the same design, differing only slightly in the arrangement of elements in relation to the edge (large dot / middle dot / small dot, etc.). But in 1998, part of the five-ruble notes received a reverse, the leaf of the plant element of which had a special shape. Until now, this position remains in demand, estimated at about 1000 rubles. We will see the same reverse on five-ruble coins of 2003 and part of the circulation of 2008 (in the latter case, the position is considered infrequent).

The only time the SPMD minted ten-ruble coins of regular mint was in 2010, giving collectors a rare variety. To identify it, it is necessary to consider under magnification the lines in the zero opening on the reverse. If they touch the inner walls of zero – we have the desired position, estimated at 1000 rubles with good preservation. If an opening is visible between the lines and the walls, we have an ordinary coin in our hands.