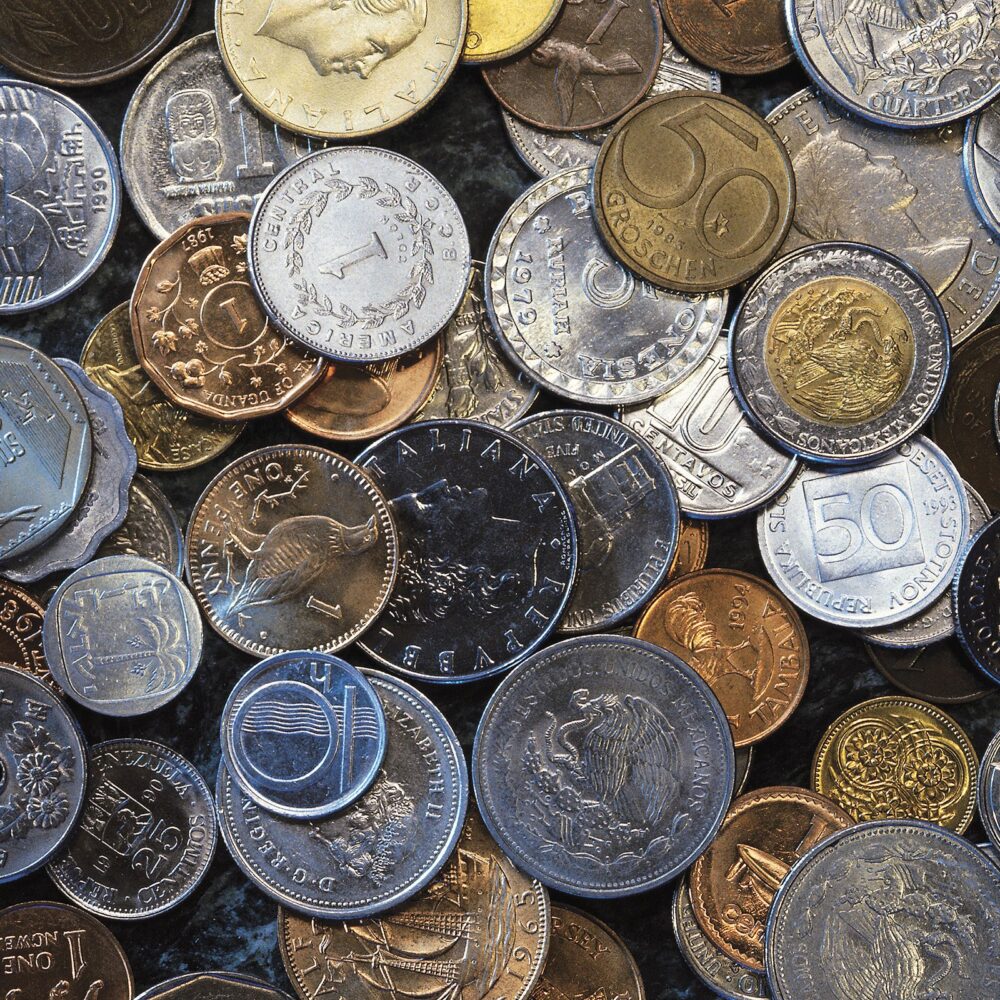 World history of money in 9 coins

No one knows exactly who and when first invented money. Artifacts that performed one or more of the functions of money: a universal equivalent, a means of payment, a means of accumulation, have existed almost from the very beginning of human history.

e. Altaites, king of Lydia (present-day Western Turkey). Soon Cyrus the Great, the founder of the Persian Empire, conquered Lydia (its last independent ruler was the son of Aletta – the famous Croesus) – and laid the foundation for the spread of this ingenious invention throughout his vast possessions.

under Darius I, a full-fledged monetary system had already been formed in the Persian Empire. It included silver sigils (about 5.5 grams; the biblical “silk” or “shekel” is a word of the same root) and gold darics (about 8.5 grams).

The Greeks used to call the Persian ariki and sigils “archers”, because they were minted with the image of a warrior with a bow. In the IV century BC. e. The Persians bribed the Athenians and Thebans to attack Sparta and force the army of the Spartan king Agesilaus to leave Persia. According to Plutarch, Agesilaus responded by quipping that the Persian king was driving him out with ten thousand archers.

Sigle’s competed, including within the Persian Empire, with Greek silver coins – drachmas. But the Greeks almost never minted gold coins. When finally Philip of Macedon, father of Alexander the Great, began to mint his own gold coin, the Greeks called it “Philip’s daric.”

Darics were readily accepted everywhere from Greece to India, and they are sometimes called the first international reserve currency. However, his new gold coin, state (“weight”), in size, weight and purity was an imitation of a daric.

The Roman monetary system, especially during the Late Empire, was very complex: gold, silver and copper coins, general imperial and local, coins of various emperors and usurpers, recognized by some and not recognized by others … The situation became especially confusing after the so-called crisis of the III century – the period incessant wars and the collapse of the state.

Emperor Diocletian (reigned from 284 to 305), in order to restore unity and order, had to carry out reforms that changed the empire almost beyond recognition.  The coin came into wide circulation already under the successors of Diocletian, primarily under Constantine the Great, and now the solidus is associated mainly with his name.

The Konstantinos solidus weighed about 4.5 grams and was minted from the purest gold. Its ubiquity and persistence helped to more or less stabilize prices in the empire, and with them the public finances. The very name solidus (lat. “solid” – from the same word “solid” and “solidarity” come from) should have emphasized its reliability.

Gold, from which the solidi were minted, was mined in the eastern part of the Roman Empire. With its final collapse in the 5th century, gold coins in the West almost ran out. The barbarian kingdoms and the empire of Charlemagne had to make do with silver money. In the East, in Byzantium.

the minting of solidi continued – there they were called monism’s (Greek νόμισμα – “coins”, “currency”). For the next five centuries, monism’s (in the West they were called bezants – from the name of Byzantium) were the main currency of the Mediterranean. It was in imitation of them that the Arabs from the end of the 7th century began to mint gold dinars.

From the 11th century, the Byzantine emperors, mired in devastating wars, began to reduce the gold content of the monism. As a result, already in the XIII century, it depreciated so much that the Italian city-states, prospering thanks to the Mediterranean trade, had to start issuing their own stable gold coins – florins and ducats.

From the Latin name of the solidi, the designations of several later monetary units, including the French salts (aka so) and the Italian solos, came from. In addition, in the Old French language, the word “balance”, derived from “solid”, began to refer to the balance of payments, as well as pay to hired soldiers – soldiers.