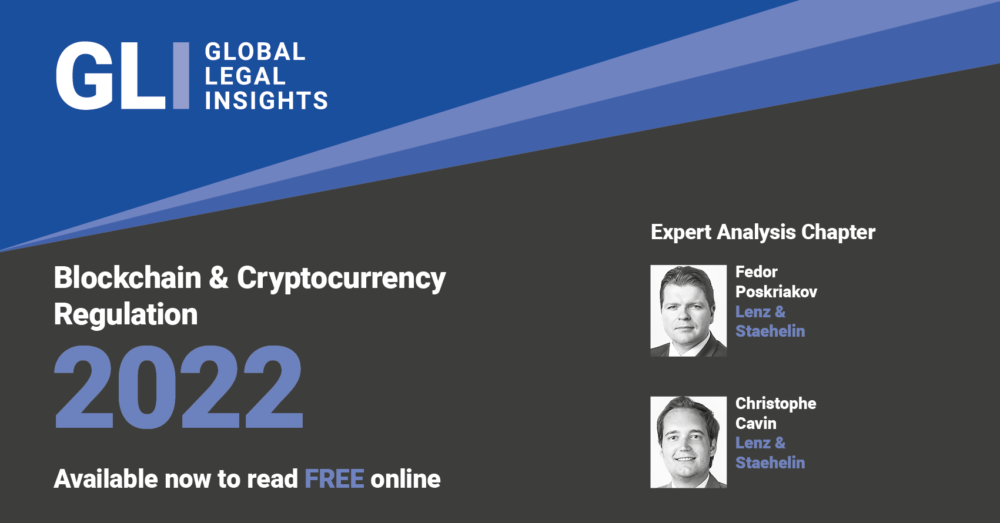 What’s new in the crypto market in 2021-2022: legal framework, infrastructure and new tools

The emergence of cryptocurrencies and blockchain is a very important event in the IT world. In a relatively short time of their existence, these technologies have made a huge breakthrough, turning from small projects into global systems that millions of investors work with. Despite the fact that the cryptocurrency market has now dipped a little, analysts predict continued rapid growth over the next few years.

One of the main reasons is the search for a new “safe haven” by investors, plus the emergence of innovative financial instruments and the massive arrival of institutional players. Large business takes a very active part in the life of the cryptocurrency market. Under the cut – a little more about the reasons for growth and new tools, as well as new crypto infrastructure, so to speak.

Back in 2017, the total volume of transactions in the cryptocurrency market per day reached approximately the same level as the trading volume of the New York Stock Exchange, reaching $60 billion. Now the total capitalization of this market is about $2 trillion, which is almost equal to the value of such a huge company as Microsoft . For comparison, a year and a half ago, the cryptocurrency market was worth a little over $200 billion.

There are not many reasons, but they are all important, so it is worth listing most of the important factors.

legal status. A few years ago, in the same 2017-2018, the cryptocurrency industry was almost not regulated in any way. On the one hand, it was not bad, as it gave a huge boost to the development of innovations. On the other hand, this is a negative factor for institutional players who are required to adhere to legislation, both local and international.

Gradually the situation is changing. So, new progressive rules and initiatives are indicators that the industry is on the verge of wider adoption of cryptocurrencies. For example, in a jurisdiction such as Singapore, with the passage of the Payment Services Act in 2019, new opportunities have opened up for the regulation of digital innovation.

In particular, Singapore has begun to actively explore the possibilities of creating regulation of industry risks that arise in connection with the use of blockchain technologies, cryptography and asset tokenization. The new legal conditions will, in fact, provide institutional investors with a guarantee of the safe use of innovations in the digital asset market. The fact that Matrix port opened its global headquarters in Singapore in 2019 highlights the importance of regulatory efforts.

In general, many countries began to introduce cryptocurrency regulation. And this is good even in situations where the “crypto” was completely banned somewhere. In this case, it was quite obvious that one should not invest in crypto projects in such a country, so the business began to work in regions with more relaxed legislation – in Japan or Singapore, where, for example, the largest financial company (/one of the largest crypto-currencies) was born. startups) – Matrix port unicorn.

In 2021, the mass adoption of cryptocurrency projects by country regulators began. For example, the SEC (US Securities Commission) allowed the first crypto exchange, Coin base, to go public. After that, investment funds such as Ark Invest, whose clients are large corporations, etc., contributed large blocks of shares to their portfolios.

More than that, the SEC in October 2021 allowed bitcoin ETF, which has been the most anticipated event in the world of cryptocurrencies in recent years. Trades in the first days showed that institutional are very interested in this investment product. Up to this point, they have not invested in bitcoin because it was not allowed by the regulators and there was no understandable secure infrastructure.

Fortunately, the Ministry of Finance did not agree with this opinion. Ivan Cherenkov, director of the financial policy department of the Ministry of Finance, said: “It seems to me that we cannot afford to just take one of the high-tech industries and somehow ban it in our country and say that let it develop somewhere in another country According to Cherenkov, the technological development that takes place on blockchain technologies or crypto assets is underestimated.

Popularization of cryptocurrencies. The growth of investment in cryptocurrencies is associated with the emergence of infrastructure and convenient tools for ordinary users. Mass adoption has taken a huge leap in 2021. On Twitter.

users are now making donations in cryptocurrencies. PayPal allows you to store and send digital assets right within your own ecosystem. And also for bitcoins and many altcoins, you can pay for goods and services in a variety of stores and services. Tesla is expected to soon resume paying for cars in bitcoin, and integrate other cryptocurrencies. Already now, in the Tesla online store for Dogecoin, you can purchase some goods, for example, branded belts and more.

Just a few years ago, mining or simply acquiring cryptocurrencies was the lot of geeks who mined bitcoin from their balcony or garage. Now, a huge number of investors have rushed into the Defib sector and are staking their coins to get %30+ per annum.

and these are the most conservative profits (don’t take it as stifling, but I would rewrite, after all, 30% APY is considered normal even in the cryptocurrency market if the project not outright scam).

An interesting fact: the volume of funds blocked in Defib protocols increased from $0.9 billion in January 2020 to almost $300 billion in December 2021. The more popular cryptocurrencies become, the more ordinary people enter the market. And even if the average user does not invest that much, the total investment of individual investors can be quite large.

This paragraph is related to the legal regulation of the market, but still does not repeat it. The fact is that many states are interested in the prospects of cryptocurrencies. Some, like Japan or South Korea, recognized bitcoin and a number of altcoins as early as 2017. And in August 2021,