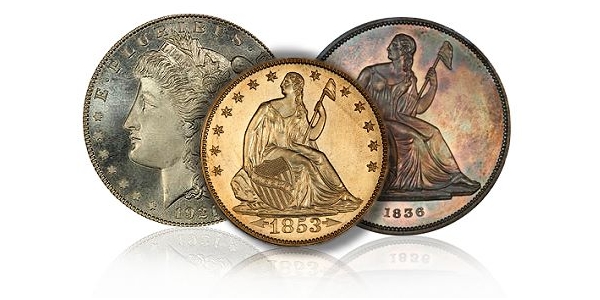 Investing in coins: do you need them?

Investment (or hoarding) coins are coins issued in the Russian Federation and abroad, made of precious metals, which are in legal circulation and are legal tender. There are many positive and negative implications of this definition.

Let’s start with the pleasant! First, bullion coins are legal tender. And, as a result, when buying / selling such coins, you will not have to pay VAT. You don’t pay VAT when you “buy/sell” your native rubles in a bank, do you? Here the principle is the same.

and this is the main difference between investment coins and collection coins – the absence of VAT (Article 149, paragraph 2, paragraph 11 of the Tax Code of the Russian Federation).

Secondly, investment coins are made of precious metals, and of the highest standard. Modern investment coins are issued from silver, gold, platinum and palladium. That is, in fact, it is in your hands, and not somewhere in the bank, as in the case of an impersonal metal account, that your gold will be.

Thirdly, such coins “are in legal circulation and are legal tender”, that is, they are issued only by central banks. And this is additional transparency of your investments: you can always see what the price of a coin is based on, what dynamics it has had in recent years, what this price depends on.

But there is a lot of tar in this barrel of honey. First, bullion coins are money. Yes, they are not subject to VAT, but they have a buying and selling rate, like in an exchange office. And the difference between these rates, called the spread. And having bought a coin.

for example, for 40 rubles, you are unlikely to immediately want to sell it for 38. You will at least need to “recapture” the spread by 5% by increasing your asset. That is, to get a return on investment of at least 5%. And in the real Russian market of hoarding coins, as of September 2013, the spread fluctuates somewhere between 30 and 50%.

Secondly, coins are made of precious metals. This means that their real value directly depends on the dynamics of prices for these metals, and, which is extremely important, on the dynamics of physical, and not futures (paper) metals. For example, the cost of one of the most popular gold investment coins in Russia, George the Victorious, according to the Central Bank of the Russian Federation.

directly depends on the cost of physical gold in US dollars, which is set in London around 18.00 Moscow time – this quote is better known as the London fix (Fix). And if gold is bought in foreign currency, then there is a direct correlation with the value of the dual-currency basket in the Russian Federation, which, in turn, is affected by the cost of oil and the state of the international stock market.

And if the value of the dollar in this case only makes us happy (growth since the beginning of the year is about 5%), then you can’t say the same about gold (from January 1 to September 25, 2013, the London fix fell by almost 21.5%).

Thirdly, your coins are protected from VAT only as long as they are in circulation. And if the Central Bank, for example, decides to withdraw your coin from circulation, it automatically becomes an ordinary product, for the purchase / sale of which you must pay VAT.

And I will note separately – investment coins do not have any numismatic value, since they are minted in a rather low quality. That is, with the sale of such an already non-investment, but also non-numismatic product, problems may also arise.

Fourthly, there are some features in the storage of such coins. It is strongly not recommended to open a transparent case in which a coin is sold in order to hold a coin in your hands, because a fingerprint will remain on the coin.

And even if outwardly it seems to you that you got rid of traces on the coin, in fact, microscopic particles of fat deposits remain on the metal and subsequently cause its oxidation reaction. The coin loses its value. In banks for operations with coins (weighing, inspection) there are special tools: gloves and tweezers with soft tweezers.

Based on the foregoing, at least two logical conclusions are asked: investments in coins primarily lead to the preservation of value, and not to direct income, and in terms of investment, they are only expedient in the long term. And will they be useful for you?

This question can only be answered by a personal financial plan for the realization of your life goals. And if your financial advisor, when implementing this financial plan, strongly recommends that you buy a couple of hoarding coins, just do not forget the simple tips of this article and good luck with your investment!