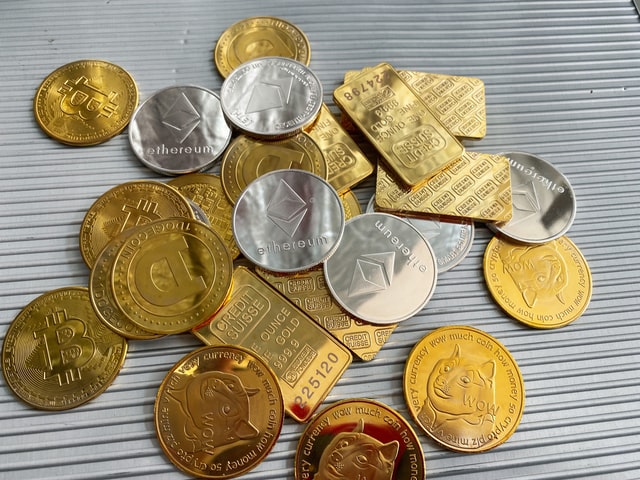 The best coins of the year have been determined — NBU

There are things in our world. perfect in their beauty, but equally unattainable in their uniqueness. We admire the “Sistine Madonna” by Raphael, “La Gioconda” by Leonardo da Vinci, and the thought that none of them will ever, under any circumstances, decorate the wall of our living room does not prevent us from enjoying these ingenious canvases …

Today we will talk about the most expensive coins in the world – beautiful works of numismatic art, the cost of which turns them into some kind of delightful abstraction. which can be admired – but detached, like a pipe dream.

There are many opinions about what should be considered the most expensive coin. Someone will remember the Konstantinovsky ruble, known in the amount of 5 or 6 copies. Someone will name the Antonina’s of the Roman emperor-usurper Silbannacus, who have come down to us in the amount of 2 copies, according to which, in fact, it became known about his existence, or they will remember another usurper – Domitian II, from whom only 2 coins have also come down to us.

But the author cannot agree with such an approach. These coins cannot be called the most expensive – they should be classified among the rarest, included in the funds of the state museums of the largest countries, and therefore they will never, under any circumstances, be put up for sale.

Neither Bill Gates, nor representatives of the Rothschild dynasty, despite all their breathtaking capitals, will ever become the owners of these coins, and at least this fact somehow makes the author and you, dear reader, related to these bright people. Therefore, we will leave these unique rarities for the future, devoting a separate essay to them, and talk about coins that belong to the category of the most expensive coins, but, nevertheless, sometimes appear on sale, making up a kind of hit parade, starting from the most (conditionally ) the cheapest of them and ending with a story about the most expensive one – and let it be the cherry on the cake.

According to the established numismatic tradition, a significant place among the most expensive coins is occupied by coins minted in the United States, both during the existence of this state, and in a relatively short historical period (first quarter of the 17th – last quarter of the 18th centuries) colonial period.

We begin our review with a silver shilling minted in 1652 for circulation in the Massachusetts colony.  Minting was carried out in Boston – at that time still a small settlement, which was the administrative center of the colony.

The design of the coin was extremely primitive: on the reverse, the number “XII” was stamped, symbolizing the face value (12 pence), and on the obverse, two letters, N and E, which were the abbreviation of New England (New England).

Mintzmeisters were local residents – John Hull and Robert Sanderson. Despite its extremely primitive design, this coin is a rarity and was sold at auction in October 2005 for $345,000. Less than 2 years later, in May 2007, the coin was resold for $414,000.

Broacher’s doubloon in the style of Lima 1742

In 1786, New York jeweler Ephraim Brasher, a neighbor and friend of the first U.S. President George Washington, minted a small number of coins that came to be known as the Lima Style Gold Doubloons. The gold content in them corresponded to 15 dollars at the local rate or 16 Spanish colonial pesos.

The date “1742” was embossed on the reverse and the design was largely borrowed from the Spanish coins minted at the Lima mint in Peru. These doubloons were issued in a number of copies and were used as a local means of payment. Only 2 coins have come down to us, settled in private collections. The Lima Style Doubloon was last listed for sale in January 2005 and sold for $700,000.

In 1787, the same Ephraim Brasher minted gold coins, called the New York Gold Doubloons. The symbols of the United States and the motto “E PLURIBUS UNUM” were already present on them, which became traditional in the future. In January 2005, one of the copies was sold at the Heritage auction for $2,990,000.

But not only gold coins became champions of auctions, causing a stir among their participants. In 1792, when developing the design of national coins, several trial copies of copper nickels were issued on which, instead of the usual name half dime, “half dismal” was embossed on the reverse.

It is not known how many of these samples were released, but the copy that has come down to us, sold at auction in April 2006 for $ 1,322,500, is considered unique.

The five-cent nickel coin “Liberty Head” was minted in 1883-1912 and, in view of the huge circulation and quite affordable prices, is available to a significant number of collectors even in a very high state of preservation. And in the VF-20 grade, it is quite possible to find it at a price of about 1000 rubles.

However, in 1913, the issue of these coins was discontinued due to the entry into circulation of nickels of the “Indian head or Buffalo” type. However, 5 “Liberty Head” coins were issued with the date “1913”, settled in the collection of a certain Colonel Green, the son of the first American multimillionaire Getty Green.

The author, like most readers (I dare say the vast majority) has never had to and is unlikely to have to hold three and a half million dollars in his hands. But we have not yet come close to the middle of our hit parade and ahead of us are copies of a much more breathtaking cost.