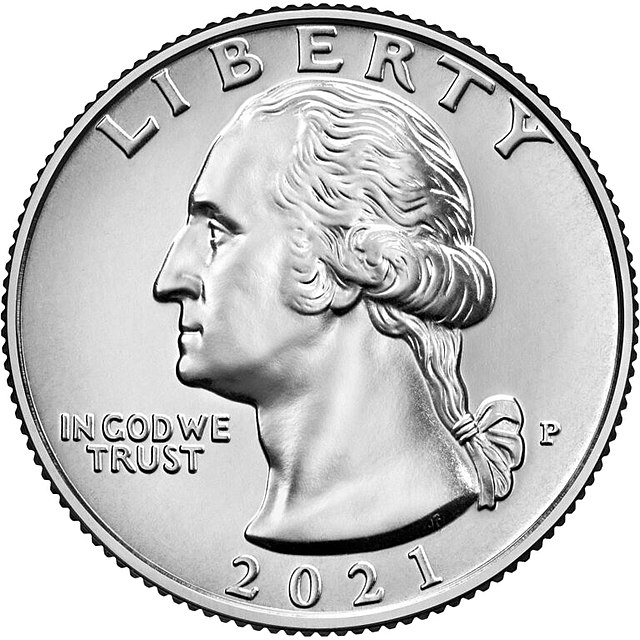 The Coin Act of 1792, which determined the legislative basis for the minting of money in the United States, introduced the bimetallic circulation monetary system Any person could bring a gold or silver ingot to the mint, from which the corresponding number of coins was minted[4].

Bimetallism did not meet the needs of market exchange. The fixed ratios of the value of gold and silver established by the state did not always correspond to reality.  Gresham’s law worked, according to which “worst money drives out the best”[6]. So, with an increase in the price of gold.

enterprising people removed gold coins from circulation, then they were melted down and exchanged for silver bars. The latter were then exchanged for a corresponding amount of silver coins, which were again exchanged for gold at face value[7].

According to the Monetary Act of 1834[8], the price of gold relative to silver was set at 1 to 16. Exchange rate fluctuations led to the emergence of new types of coins. Changes in design occurred with every change in the weight of the coin.

The Coin Act of 1873[9], which went down in history as The Crime of 1873, de facto put an end to bimetallism in the United States. The monetary system that had existed since 1792 was replaced by the gold coin standard. The abandonment of the previous system meant that silver would become a commodity in its essence. The dollar could be freely exchanged for 1.67 grams of 90% gold.

The transition to the new monetary system was not painless. The subsequent increase in the price of gold relative to silver caused a number of macroeconomic processes – deflation, increased unemployment (up to 18% in 1894), etc.[10] The return to bimetallism became one of the main points of the campaign program of the losing Democratic presidential candidate William Bryan in the 1896 elections[11].

In 1933, amid an economic crisis known as the Great Depression, President Roosevelt signed an executive order that ended the gold coin standard[12].

In 1965, President Lyndon Johnson signed the Monetary Act, which limited the minting of silver coins. Since 1971, coins for circulation from precious metals are no longer produced[13]. For 2010, only investment and commemorative coins for collectors are minted from silver, gold and platinum in the USA.

The Philadelphia Mint is the oldest (its first minted in 1792) and the largest. It is possible to mint a million coins in 30 minutes[17]. West Point mints bullion coins made of precious metals.

Coins minted in a particular mint are marked with a mint mark (its location varies) that indicates the place of issue. Over the years, U.S. coins have been minted at the following mints:

On the first coins, the engraver Robert Scott used as a model for the image of Liberty the portrait of the daughter of the President of the First Bank of the United States, Anna Willing Bingham (English) Russian, considered one of the most beautiful women in the United States, the famous artist Gilbert Stuart[27]. At the same time, unlike silver coins, on gold coins Liberty was in the fashionable at that time in the United States style of a women’s hat, similar to a turban. This is where the coin got its name from.

Turban Head[28]. During the presidency of Thomas Jefferson, the old type coins were replaced. The engraver of the new series of coins was chosen by the German immigrant John Reich[29]. The design of the coin developed by him turned out to be very successful. A slightly modified image of an eagle on the reverse of the coin was used in minting until 1907. The model for the image of Freedom on the obverse was the engraver’s mistress[29]. Freedom was depicted in a Phrygian cap – a symbol of freedom and revolution.

A change in the composition of the coin in 1834 necessitated a new design. It was prepared by William Knish. The image of a woman symbolizing Freedom was reminiscent of antique bas-reliefs. This caused some dissatisfaction. In this regard, the coin was minted for a relatively short time – only 5 years. Then a new type of coin was issued, designed by the engraver Christian Eggebrecht[30].

The next change in the design of gold coins occurred during the presidency and with the consent of Theodore Roosevelt[31].

At the same time, the $2.5 and $5 coins, designed by Boston sculptor Bela Pratt, differed from all their predecessors in that the image elements on them were not convex, but embossed. This had both positive and negative sides.

The “pluses” include the fact that the embossed image was practically not erased during the circulation of the coin, in contrast to the convex one. The coin could have been in circulation much longer. The main “minus” was the accumulation of dirt in the elements of the image. It deprived the coin of aesthetic appeal and could be a source of transmission of infectious diseases[32]. The $2.5 and $5 Indian coins are the only US coins that are not convex but depressed.