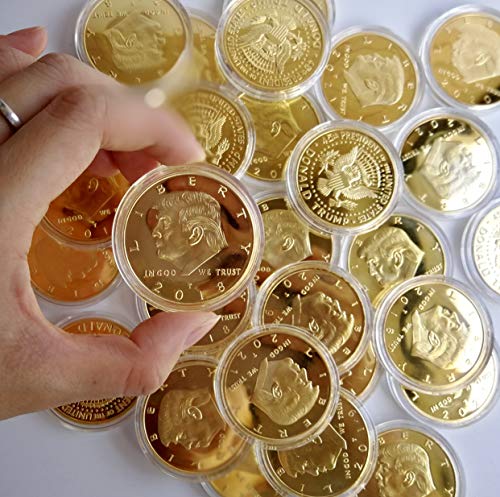 With the approach of the new year, traditionally, the world’s largest mints present their novelties to the general public.  About the most interesting coins of the upcoming 2020 in the review of the vice-president of the Golden Mint House Alexey Vyazovsky.

During the Chinese New Year, it is customary to exchange gifts and give money in red envelopes, which symbolizes the wishes of health, well-being and prosperity. The image of a rat is associated with an extraordinary mind and optimism. In Chinese culture, the rat is considered a divine being, and people born in its year are distinguished by generosity and resourcefulness, curiosity and intelligence.

The British series of Chinese New Year coins is called Zhongxiao and is now seven years old. The coins of this series feature an eccentric interpretation of the famous animal signs of the Chinese lunar calendar. The coin was originally designed by the British-Chinese artist Won-Jean Ho, but his work proved to be too abstruse, so last year the mint began working with Harry Brockway. However, the designs for the Year of the Pig coins have been even more controversial than previous releases, but the 2020 release doesn’t come as a surprise to investors and collectors.

It is worth noting that today’s mint artist PJ Lynch did a very good job. The reverse of the coins depicts a rat in a thick floral undergrowth; the author managed to show the animal in dynamics. In all other respects, gold and silver coins are similar, for example, on the obverse, which is not surprising, the portrait of Queen Elizabeth II, created by Jody Clark.

The Mint plans to mint a large assortment of Lunars in 2020. 1kg, 5oz, 1oz and ¼oz gold and silver coins (gold only). There will also be a budget version of base metal Lunars as an uncirculated diamond. This is an interesting suggestion, given that such products are intended for gifts.

It can be noted that a whole galaxy of famous personalities was born in the year of the rat: Wolfgang Amadeus Mozart, George Washington, Plato and Piotr Ilyich Tchaikovsky, William Shakespeare, Gwyneth Paltrow, and Mark Zuckerberg.

The Perth Mint (Australia) is offering the third series of its Lunars. For several decades, the Perth Mint has been the market leader in a popular numismatic genre, namely Chinese lunar calendar coins. The cycle of 12 coins has already been minted twice and has been a great success.

Previous issues of coins from this series were interesting and uncomplicated, but hardly something outstanding in terms of aesthetics. However, this cannot be said about the third series, judging by its debut release. The Mint did a great job.

According to tradition, two options have been created – for gold and silver. The gold coin has a cute design with a mouse (not a rat, as in the case of the Royal Mint of Great Britain) sitting on a corncob. On the reverse, in addition to this image, there is a Chinese symbol for a mouse, the word “mouse” (mouse) in English and the year. The same can be seen on the silver coin, but the design is more refined. It’s nice to see such a realistic look in a series that predominantly used stylized lunar animals. These important changes, as in the case of the British Mint, will help maintain interest in this series in a highly competitive environment, especially in the market for uncirculated diamond quality coins.

So far, proof-quality gold coins have been announced in 1/10, ¼ and 1 ounce weights. All of them are sold in beautiful packaging. The same goes for silver coins, which are minted in ½, 1 and 2 ounce weights.

Those born under the Chinese mouse sign in 1960, 1972, 1984, 1996, 2008, 2020 and every 12 years before and after are intelligent, resourceful and kind. With a rich imagination and developed intuition, mice rely on their quick wit and enterprise to succeed in all their endeavors.

The inscriptions are the same as on gold coins.

The Perth Court is also planning to release 1-ounce platinum Lunars. Investors around the world are loving the Australian Kookaburra silver coins, which will turn 30 in 2020. To commemorate this momentous occasion, the obverse of each coin features an image of a kookaburra perched on a stump surrounded by foliage, which was created by artist Stuart Devlin for the debut coin in 1990, as well as a miniature image of Queen Elizabeth II.

The kookaburra is a large Australian bird famous in literature and the visual arts. She is famous for her loud cry, similar to human laughter, she is often called the “Bushman’s clock” because her cry is heard at dawn and dusk.

The reverse features a Kookaburra perched on a corrugated roof against a stylized sunrise and the inscription “30TH ANNIVERSARY” (30th anniversary). Silver coins are issued in 1 kg, 10 oz. and 1 oz. weights. The circulation is unlimited, except for 500 thousand ounce coins.

The Australian Kangaroo series was minted by the Mint in 1986 and has since become a prestigious global investment product. Kangaroo’s fame reflects and affirms Australia’s leading position as the world’s leading gold mining and producer of high quality gold investment products.

To date, the Perth Court is presenting the Kangaroo in gold, silver and platinum, that is, in all three classic investment metals. On the small gold coins of the series, there are two kangaroos against the backdrop of grassy trees. Featuring a traditional blend of native flora and fauna, the design of this coin captures the beauty and charm of the Australian outback. Large gold, silver and platinum coins feature a red kangaroo. Stuart Devlin, former jeweler to Queen Elizabeth II, created this design in 1989.

The world fame of the koala as a unique representative of the marsupial family of Australia was the reason for the launch of the series of silver bullion coins of the same name in 2007. It is believed that Australia is home to a very dangerous and predatory fauna, but this is not entirely true. For example, the koala has a calm disposition, this cute animal spends a lot of time in the trees, sleeping and eating the leaves of his beloved eucalyptus. The 2020 coin features a koala crawling up a tree branch.

The weight of silver coins of the series “Australian Koala”: 1 kilogram and 1 ounce. Circulation: 1 kilogram – on order; 1 ounce – 300 thousand copies.

The Royal Canadian Mint never ceases to amaze with its innovative coins. The Mint’s Research and Development Department, in collaboration with the University of Ottawa’s Center for Photonics Research, created a pulsing maple leaf design on the 2020 CAD 10 coin of the same name in “four nines” assay silver. The unique image was created using mini-mirrors, which make the symbol of Canada expand and contract when the coin is rotated from side to side.