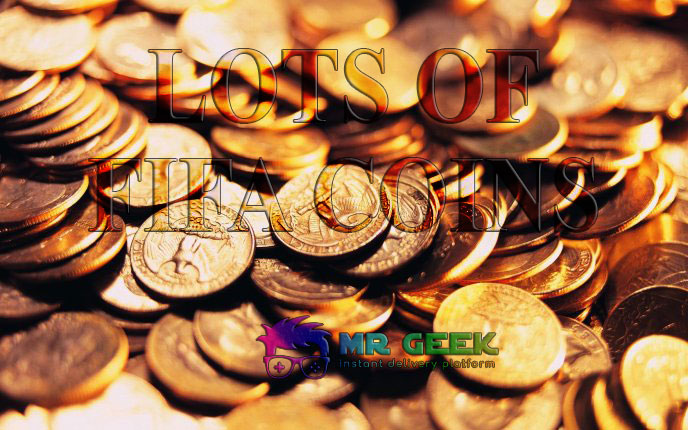 How do I earn coins from the FIFA Transfer Market?

The problem with coins is the main thing that worries the player after buying the next part of FIFA. The Rivals and Weekend League rewards are good enough, but they are all about luck and only come out once a week. I want to assemble a strong line-up as soon as possible. And trade will help with this.

Trade (from the English trade – trade) – a way to earn coins by reselling cards on the FUT transfer market. Players have long noticed that the value of footballers changes over time. This is facilitated by various factors: the departure of cards from the packs, the release of league assemblies and various temporary events.  EA does not limit this “mini-game” in any way within FUT, so all experienced players resort to reselling in one way or another.

The trade has many subtleties: for example, players are cheaper at night. We will only tell you about the main and easiest ways to easily earn FUT Coins, which even beginners will understand.

If you want to earn coins, the idea to trade gold cards will come up first. “Gold” is always needed: for squads, regular SBCs, picks of players and builds of idols.

Usually during the season the value of the cards drops. Trading to increase the value of meta players is only effective in the first month when there are few alternatives in the FUT market. Therefore, we immediately sweep it aside (but it is worth remembering this method for the next parts).

Among low-rated players, frequent gold cards stand out favorably. Ironically, they drop out less often and when the corresponding SBCs are released, they are redeemed much more actively than rare ones. A card with a nationality popular for links (for example, Brazil) can give you up to several thousand coins.

The cards of rare players with an average rating (83-85) sometimes rise in price by 2-3 times during events. For example, on Black Friday, Trapper’s price (84 rating) increased from 2 thousand to 5 thousand coins. Spaniard Oyarsabal (85) traded at the start in the region of 3 thousand, and during the event rose to 9 thousand. This is due to lucrative SBCs and interesting builds of players like young Benzema.

This upward trend periodically also occurs among the unpopular high-ranking cards that are required for SBC builds for the best players and idols. Trading them is difficult without an initial budget, but it is the high ratings that bring the most coins.

Let’s give an example. Harry Kane’s rating is 90, but due to the low speed no one plays him. For this reason, its cost at the start was only 20 thousand coins.

As you can see from the graph, in 2 months of FUT, Kane managed to show the maximum value 4 times and helped traders earn money. At the last peak, it cost all 60 thousand – several tens of thousands more expensive than before.

It is worth noting that in Kane’s case, its maximum value has been increased. This happens periodically with players disappearing from the market. If you think that a highly rated player may be in demand, then it is better to keep him on the transfer list without being posted until the start of the event.

The silver card trade is better than in years past.

Previously, for a full build, they gave good players, and not dubious packs. “Silver” brought too modest income – only up to a thousand coins for a successful card.

In FIFA 22, the situation has changed for the better. In addition to league builds, many SBCs have emerged that allow the use of silver cards. Rare Silver Players are especially prized. Due to the small number on the market, their price can rise by several thousand coins.

But even a standard rise of up to a thousand is critical. The fact is that it is possible to buy rare “silver” at a price of up to 400 coins, and it is weakly subject to a 5% deduction from the sale. Bulk purchases allow you to earn up to 100-200 thousand per event, while there is no risk in them. Priority is given to common nationalities from non-top leagues and rare positions (defenders, wingers). In addition, due to the low price, this type of trade is available from the start.

If you are tired of the monotonous collection of cheap cards, then you should go to the higher level. Special cards of different types are capable of showing growth of tens of thousands (and sometimes hundreds of thousands) of coins, but they are famous for their slow growth.

First of all, this is the sin of cards with inherent potential to increase the rating. These include Ones to Watch, adidas Numbers Up and Road to the Knockouts for Champions League, LE and Best Male. They are sometimes underestimated and sometimes overestimated. But in the case of improved performance, prices skyrocket upward.

Team of the Week (TOTW) players usually sell out after a few weeks.  Preference is given to fast and meta players. If the player is in shape, he can get a second upgrade, and it will kill the previous card. However, a drop in the value of TOTW is extremely rare.

The problem with trading on special cards is their unpredictability. You can buy an OTW that has never received information and lose a lot of money. It is even more scary to get caught up in an event like Black Friday. In FIFA 22, chaos has reached a new level – there have never been so many unforeseen events.

But high income does not allow you to abandon the trade of special cards.