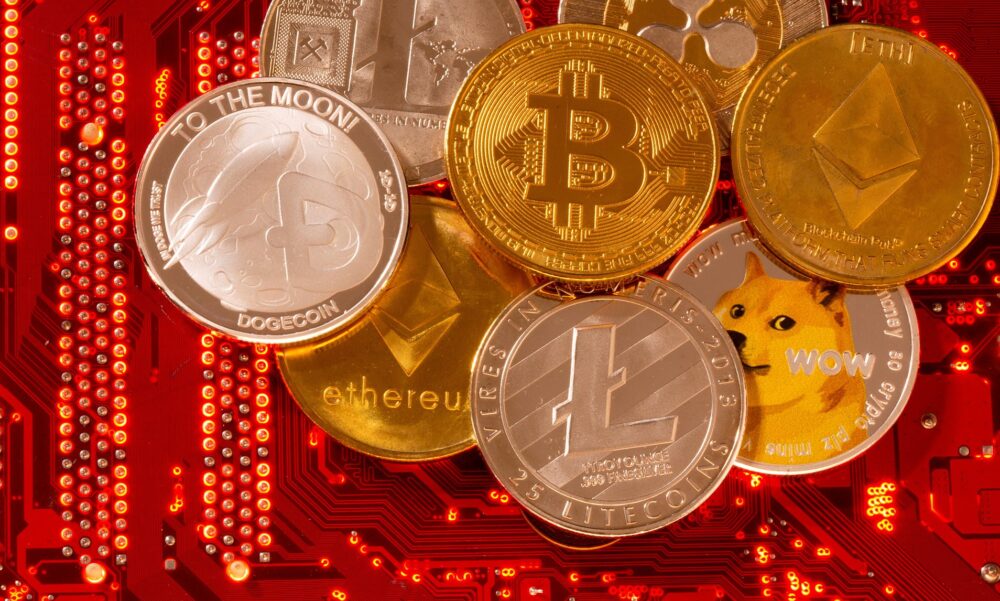 New highs or “crypto winter”. Bitcoin and Ethereum Predictions for 2022

At the same time, in November, the first cryptocurrency set a historical maximum value at $ 69 thousand. Ethereum showed even more impressive dynamics – its rate soared by 429%, to the current level of $ 3. 7 thousand. At the same time, at the peak, the price of altcoin exceeded $ 4.8 thousand.

The experts told what dynamics to expect from the crypto market next year.

The Bitcoin situation is very ambiguous, says Nikita Zuora, senior analyst at Bestchange.ru. According to him, on the one hand, there is a fairly strong medium-term trend towards a decrease in the exchange rate, on the other hand, there is still potential for updating the price record next year.

“The start of the year may be challenging for Bitcoin, but in most positive scenarios, we will see a continuation of the global uptrend that began in fall 2020. In such a positive scenario, the price may reach at least $ 80 thousand, and at most $ 110- $ 120 thousand, ”Zuora predicted.

At the same time, with a higher degree of probability, the expert expects the price of the first cryptocurrency in the range of $ 50-85 thousand.

There are many negative predictions for Bitcoin. They take into account various factors, including technical analysis and on-chain parameters, bearish patterns, the recent reversal from the resistance level in the area of ​​$ 3 trillion of total market capitalization, the suspension of the trend towards an increase in the number of institutions and a fairly long period of time since the last halving.

“If bitcoin fails to overcome all these negative factors without loss, then“ crypto winter ”may begin with a long stay of the price below $ 30 thousand, and according to the most negative expectations, even about $ 20- $ 25 thousand,” warned a senior analyst at Bestchange.ru …

The fall in the price of bitcoin to $ 40 thousand and to $ 35 thousand is expected by Nekrasov. He claims that the strong support level, which is visible on buy orders on crypto-exchanges, will not allow Bitcoin to go below. In turn, Kravchenko called the probable minimum for the first cryptocurrency the mark of $ 30 thousand, since around this level “colossal purchases” will begin, which will be able to reverse “almost any trend.”

“There are two scenarios”

High volatility flat. In this case, the price will move in a very wide channel, where the lower edge of the channel will be approximately $ 30,000, and the upper edge will be $ 65,000.

A scenario with a breakout of the historical maximum. The price is in an upward trend and at the next / subsequent touch of the upper edge of the pattern goes up to the $ 100 thousand area. At the same time, the minimum of 2022 should not be lower than $ 40 thousand.

Ethereum Has Chances To Grow Stronger Than Bitcoin

The technical development of the project will also contribute to the growth of ether, which, in principle, can bring the price of the coin to levels above $ 6,000 by June 2022, the co-founder of the ENCRY Foundation believes.

“By the end of 2022, Ether is likely to grow stronger than Bitcoin. This opportunity opens up thanks to the emerging field of decentralized finance, using the Ethereum blockchain for applications, and the completion of a large-scale upgrade of the ETH 2. Ethereum at $ 10 thousand, in my opinion, at the end of 2022 looks much more real than Bitcoin at $ 100 thousand, “Nekrasov said.

The reality of the Ethereum price growth to $ 10 thousand next year was also announced by the CEO of Xena Financial Systems. On Ethereum, the news background is moderately positive, investors’ expectations are also quite optimistic, Zuora added. He explained that due to the recent transfer of the “complexity bomb” to June 2022, no major shocks are expected in the next 6 months, however, periods of high volatility may arise further as the planned transition of cryptocurrency to the Pops model approaches.

“Ether has every chance to stay stronger than bitcoin, even in a situation of significant increase in pressure from the“ bears ”on the market. If the expected minimum for bitcoin is about 40-45% lower than the current level, then Ethereum may be more stable and, not taking into account local “failures”, remain at a level not lower than 20-30% lower from today’s price. Accordingly, the most negative expectations are $ 2.8– $ 2.9 thousand, the most positive – about $ 10 thousand, ”the expert concluded.

Podolia also announced the possible growth of Ethereum to $ 10 thousand. He noted that altcoin is growing in relation to bitcoin, and its rise in price may continue due to the deflationary model, as a result of which most of the mined coins are burned.