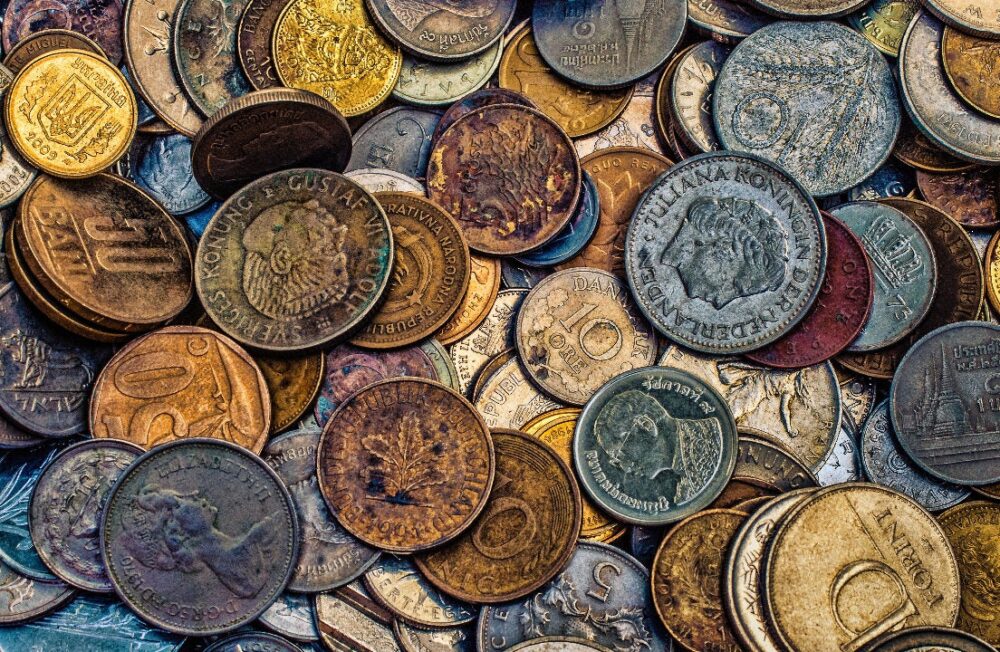 We are looking for rare and expensive coins in the wallet

December 27, 2021Comments Off on We are looking for rare and expensive coins in the wallet56149k

What if you have a coin worth several hundred thousand rubles in your wallet? Look – perhaps you are the lucky owner of rare specimens.

According to legend, a working test of stamps was passed at the mint. However, later the Central Bank decided not to issue coins of this denomination in 1999 at all. Therefore, the existing batch is considered very rare. The cost of one copy is from 100,000 rubles.

These coins are made without the mint monogram. It was absent only in part of the circulation. Therefore, such specimens are considered rare.  If you find 5 kopecks in 2003 in your wallet, you can get about 3,000 rubles for it. Coins of 2002 are valued higher – up to 10,000 rubles.

50 kopecks in 2007 are interesting because their obverse is a postmark of 5 kopecks in 2007. The wide edging of the obverse is made of two rings. Found only a few copies. They can cost from 15 to 70,000 rubles.

Among the ruble coins of the 1997 circulation, specimens with a much wider edging are of particular value. But it’s hard to find them. There is only one copy for 10,000 coins. A variant with a step is often found. It costs up to 4000 rubles. The flat and wide version will cost 10,000 rubles and are less common. The 1998 1 ruble coins also have a wide edging. For one such, you can get 6,000 rubles.

The coins were created in honor of the 40th anniversary of Yu. A. Gagarin’s space flight. On the obverse there is a portrait of an astronaut. The coins are valuable because of the absence of the mint logo. However, according to the drawing, the experts determined that the coin was issued by MMD. The You can get up to 100,000 rubles for one maximum.

In 2003, the mints only mass-produced penny coins. But in St. Petersburg they made a small batch of coins in denominations of 1, 2 and 5 rubles. They were intended for the compilation of annual souvenir sets.  A total of 15,000 copies of each denomination were released, which collectors are now hunting for. Their prices are constantly growing. You can get 30,000 rubles for a ruble coin. For coins of two other denominations – 20,000 rubles each.

Only one five-ruble coin of 1999 is known. The specimen was discovered in 2009.  The coin costs from 250,000 rubles. Perhaps every collector wants to get one in his collection.

One such coin costs from 200,000 rubles. The batch was issued by the St. Petersburg Mint.  The value of the coin is that it was not released into circulation. The appearance is explained by the technological breakdown of the minting. Very few coins were released, one of the copies fell into the hands of a numismatist, after which the public learned about its existence.

It is dedicated to the Yamilet-Nenets Autonomous Okrug. They released 100,000 copies instead of the announced 10 million. Therefore, it is appreciated by collectors. But the price depends on the safety.  Interestingly, with a circulation similar to the “Chechen Republic” coin, this is estimated almost twice as expensive.

Such coins, issued in St. Petersburg, have great value. The fact is that they were minted in 2012 mainly in Moscow at the Moscow International House, and the St. Petersburg Mint produced a very small circulation. For each such coin, you can get up to 250,000 rubles.

Any coin of any year of issue and denomination can be expensive if it has an interesting or rare defect. Such coins were not discarded after minting and released into circulation.

The first type of defects is a double shock with a shift in the image. This is a very rare option. It occurs when the press accidentally hits a finished coin.  The repeated image is shifted and the effect is that you can see in the picture below. Often such coins are discarded, but sometimes they manage to slip through an inattentive controller and get into circulation. One copy costs up to 20,000 rubles. If the shift is minimal, you will be able to gain no more than 1,000 rubles.

Another possible defect is incudal marriage, or “stickiness”.  As a result, a mirror image appears on the second copy. On the market, such a copy costs about 5,000 rubles.

One-sided coinage is also highly regarded by numismatists.  The price of such a coin is from 3000 rubles.