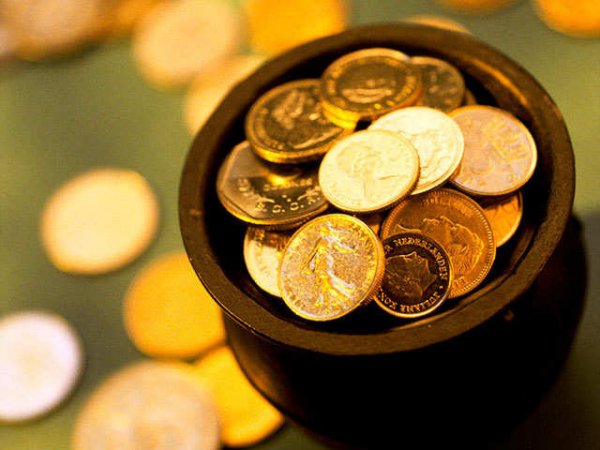 The universe of modern gifts is gradually narrowing into the abode of beautifully designed envelopes, where pleasantly crunching banknotes are hidden. How can one fail to recall the famous song of Semyonov Slepakov: “After all, the person who is given money will not say for sure, but I already have – exactly the same, why do I need others, where should I put them now?”

And yet it is customary to attach an additional present to such an envelope. Flowers, delicacies, jewelry, soft toys and other items that favorably set off the financial component are used. But for some reason, many people forget that another money can act as a bright accent of a gift – a collectible or commemorative coin in the theme of the upcoming holiday. Let’s run at a fast pace through the representatives of the world of coins,

which are already difficult to attribute to numismatics or collection items. However, they have no equal when they need to produce an unexpected effect, tilt the situation in their favor, surprise a loved one, or simply please him.

Every year at the end of December, the counters of shops and stalls are filled with figures of animals of the Eastern (Lunar or Chinese) calendar: rabbits, snakes, mice and even dragons.  And, of course, the world’s mints are preparing for his arrival too. Let’s take a look at a few coins from previous years of issue dedicated to this leisurely, confident and hardworking animal.

One silver coin is enough for a beautiful New Year’s gift. And here it all depends on your goal and mood. With the wish of wealth, you can present a gilded cool bull on a silver background. A coin is suitable for a family man, where a stately solid bull is depicted, accompanied by offspring.

A bull in a playful leap against the backdrop of a fruitful garden will delight any woman who knows the ambiguity of the word “WEALTHY”. The Bank of Russia also paid attention to the Lunar Calendar: a silver three-ruble note in honor of the Year of the Ox was issued by the Moscow Mint in 2009.

The colorfully decorated numismatic set will be an excellent gift not only on New Year’s Eve, but also on a birthday, because the birthday boy was born in a certain year of the twelve-year lunar cycle. It will be especially chic if the date minted on the coin coincides with the year of birth of the person to whom the gift is intended.

However, on birthdays, they often prefer to give gifts associated with the symbol of the month of the birthday person according to the zodiacal cycle. And here the mints of the world have something to surprise the most discerning donors.

An unforgettable and very useful gift will be a gold coin with the image of the zodiac sign. Unlike jewelry, a coin cannot fail to fit. In the first decade of the 21st century, the Bank of Russia issued two series of coins with a denomination of 25 rubles (3.11 grams) out of pure gold and one heavier – with a 50-ruble denomination (7.78 grams). Given the stable growth in the value of gold, the gift will also turn out to be an investment one.

When looking for a small souvenir in addition to the main gift, an inexpensive Transnistrian ruble with the desired zodiac symbol will perfectly play its role. The peculiarity of the Pridnestrovian series is that it contains not 12, but 13 coins: Ophiuchus is also added to the main composition. So those born in the period from November 30 to December 17 have a chance to receive a zodiac sign, which no one has ever given them before.

If you want to impress with the appearance of the “zodiacal” present, a series of the island state of Niue will come to the rescue, on the reverse of the coins of which there are colorful miniatures of the famous Japanese artist Yutaka Cagayan. The oval-shaped coins have an insert made of colored glass, in which the golden outline of the constellation sparkles.

Gifts for the driver

You can just catch in circulation a brand new steel ten-ruble note from the Bank of Russia from the “Man of Labor” series, dedicated to the work of drivers of various types of transport, but such a gift can hardly be called original.

It is not easy for the owner of a personal vehicle to please with a gift: it is not a spare part for the car to hand over to him. For his long driving experience, they managed to give him trinkets a hundred cars ahead. But he probably doesn’t have a transport numismatic set yet. Here the empty niche was filled by the already familiar Niue.

The “Soviet Cars” set includes not only four coins depicting passenger cars made in the USSR, but also an original case stylized as a dashboard. There is also a set associated exclusively with the cars of the Gorky Automobile Plant. The coins are effectively positioned inside a huge emblem with a silver deer on a red background.

If the gift is intended for a person connected with public transport, it is worth buying another set of Niue, which presents a tram, bus and trolleybus, as well as the subway with its “pass” coin – a piglet. The set is decorated with the theme of tear-off tickets. And the case itself resembles a bus cashbox-piggy bank. Looking at her, you can almost hear the half-forgotten “Pass, please, for the fare.”