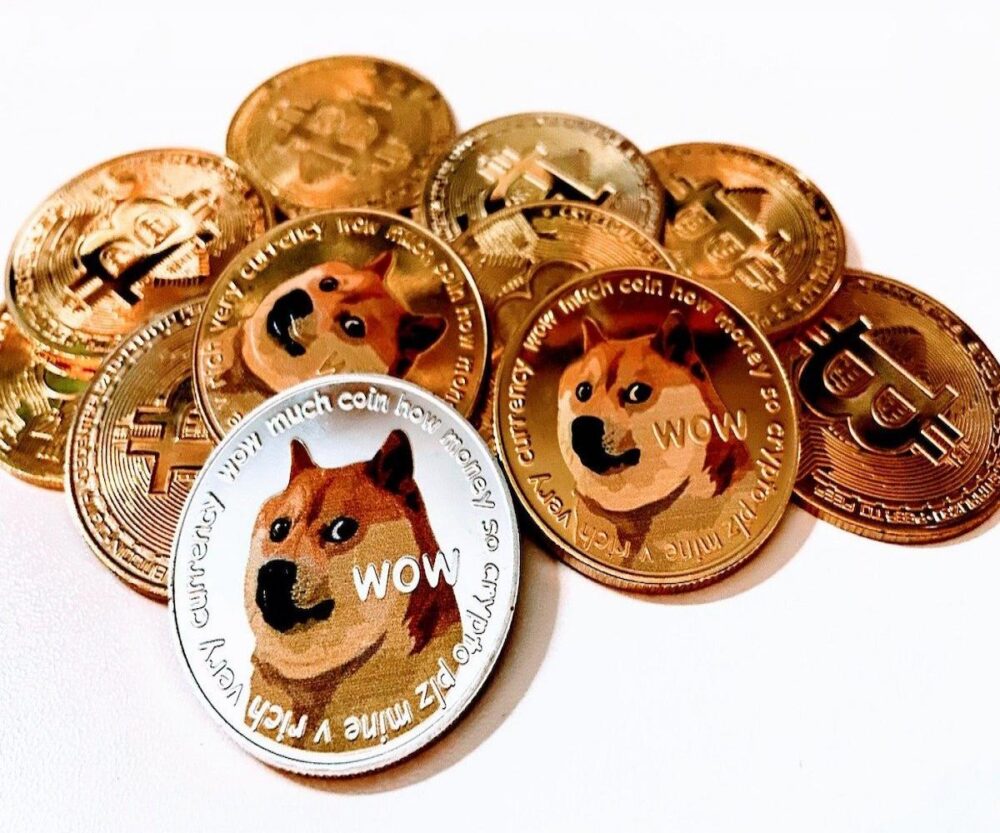 Pyramid without cheating: how fans of the Shiba Inu meme created the popular cryptocurrency Dogecoin and what is the danger of its growth

December 17, 2021Comments Off on Pyramid without cheating: how fans of the Shiba Inu meme created the popular cryptocurrency Dogecoin and what is the danger of its growth19150k

It took Portland-based programmer Billy Markus only three hours to create Dogecoin cryptocurrency. Almost seven years later, its capitalization exceeds $ 85 billion, and even the founder himself wonders if it is worthy of such an assessment. Who warmed up the coin and how long will the growth continue?
It took IBM software engineer Billy Markus from Portland about three hours to create Dogecoin, a cryptocurrency that has been hitting daily price records in the last few weeks in the business media. It was in December 2013. Those three hours he spent on drawing the graphics and “working out” the user interface, among other things.

Markus wanted his cryptocurrency to be available to the general public – unlike bitcoin, whose history was accompanied by an anonymous creator secret and attracted a small niche group of miners, writes the economist at the University of South Wales business school Usman Cohan in his work on Dogecoin. Jackson Palmer, an Adobe employee, helped Marcus realize the idea. He, in particular, acquired the domain dogecoin.com, writes CNN.

On the first screen of this site, there is still an image of a happy dog. Below it is the inscription: “Dogecoin is an open source digital decentralized currency preferred by Shiba Innu around the world.” Another funny detail that suggests that Markus has a sense of humor: his Twitter nickname is Shibatoshi Nakamoto, which is also a reference to the pseudonym of the creator (or group of creators) of bitcoin – Satoshi Nakamoto.

The idea was successful – Dogecoin was really easy to use. On the site, you can create an online wallet on different operating systems, and then exchange coins in a few clicks. The creation of new dogecoins is ten times faster than Bitcoin and takes one minute. In addition, there can be only 21 million bitcoins in the world (at the moment – slightly more than 1.2 million), and the number of dogecoins is not limited, writes the American Forbes.

At a certain point, the owners of dogecoins began to unite to help those who had lost funds, or to raise the required amount to solve any problems.

Markus himself sold almost all of his coins in 2015 – he announced this in a post for Reddit users.  How much he helped out then, Marcus did not say, but said that there was enough money for a used Honda Civic car. In the same 2015, another Dogecoin founder, Jackson Palmer, left the project. He told the Coin desk project that he was leaving the crypto industry: he called the atmosphere in it toxic, adding that the industry was in stagnation, including due to the low quality of new projects.

As of March 5, the capitalization of Dogecoin cryptocurrency exceeds $ 86 billion. According to this indicator, it is second only to Bitcoin, Ethereum and tokens of the Finance crypto exchange. This is more than the capitalization of Russian Gazprom, Ford or Twitter (as of March 5). Since the beginning of the year, the price of Dogecoin has increased by almost 12,000% and is now equal to about $ 0.66 per coin.

How did this happen and what will such growth lead to?

This has already happened with GameStop, Micro vision, and now history repeats itself with the “meme” cryptocurrency Dogecoin. After famous people, including Elon Musk, joined the “warm-up” of the asset, all this passed into the stage of “viral” investment, Capital Lab partner Evgeni Shafto told Forbes.

The amount of money in the system pushes investors into the most risky adventures, no one is trying to assess the risks, there are no fundamental reasons for the growth of Dogecoin – there is “only a strong belief of buyers in the exclusivity and prospects” of this cryptocurrency, Shafto said. “People speculate in the market and buy everything because of the record liquidity and expensive valuation of traditional assets,” he said. Plus, Dogecoin is now easier to buy. Large exchanges, for example, Gemini, launched trading in this cryptocurrency, and this is also a kind of demand growth driver, says Shafto.

The quotes of this cryptocurrency are very susceptible to verbal interventions from large investors. One of them is Elon Musk, whose tweets raise Dogecoin quotes by 10-15% or more, says Yuri Mazur, head of the data analysis department at CEX.IO Broker. “Having such a marketing evangelist sets the stage for powerful bullish price moves,” he said.

Elon Musk, indeed, mentioned the currency several times on his Twitter, after which its price went up sharply. For example, on February 6, he called it “people’s cryptocurrency,” and a few days later wrote that he had bought Dogecoin for his son. “Dogecoin may be my favorite cryptocurrency,” he wrote back in April 2019, when users of his cryptocurrency Twitter account jokingly chose him as a project leader.