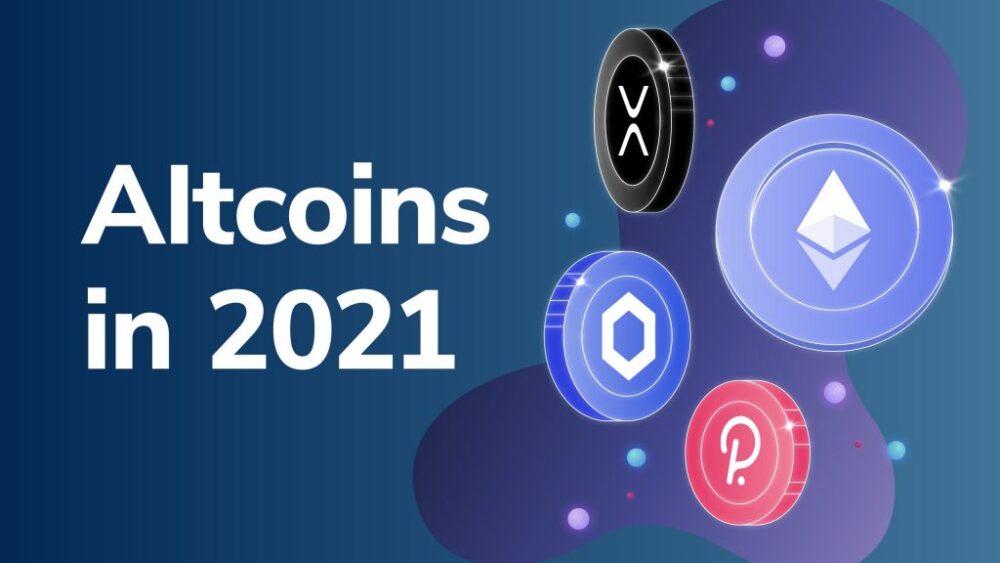 What altcoins to invest in in February: expert opinion

December 14, 2021Comments Off on What altcoins to invest in in February: expert opinion64150.6k

In my opinion, now it is worth focusing on the three altcoins that are present in the PayPal account: ETH, BCH, LTC. All of them are already in a privileged position thanks to this: a significant part of PayPal customers are easier to acquire than other coins. But besides this, they have their own special advantages. All of them, like Bitcoin, had their own historical records in 2017-2018. On January 25, after two unsuccessful attempts, ETH broke the 2018 record,

which was held for almost exactly three years. Although ETH has corrected slightly now, it is almost obvious that it will grow well in the medium term (similar to BTC after breaking the 2017 record). In addition, the renewal of the ETH record gives a clear signal: not only bitcoin, but also altcoins intend to fight for new frontiers. LTC and BCH have not yet broken old records, but with a high probability they will now actively strive for them. All of these coins have their own FOMO-investors, who once did not consolidate their profits at the highs.

and now they hold assets in order to take revenge. Following the new ETH record, bullish sentiment for LTC and BTC is likely to have intensified. Some might argue that LTC and BCH are archaic coins that do not have significant technical advantages over BTC. However, Doge’s recent breakthrough showed that in the period of general hype, this is not so important, the main thing is PR.

In a time of global financial instability and at a time when the printing press of the planet’s largest economy, the American, is working 24 hours a day, trying to ensure payment of all promises made under the past and current administrations, investors are frantically looking for ways to save their funds.  Since 2017, in all my articles and comments.

I have argued that the cryptocurrency market is expected to grow rapidly after really serious money has entered it.  Traditionally, I would like to advise you to carefully increase your investment portfolio in ETH.  In each of my comments in this section, over the past years, I have always said that ETH is the most promising coin, it has a powerful, developed infrastructure on which many of the current successful projects are located. Since the moment when ETH was worth a double-digit amount.

I have never stopped arguing that even $ 1,500 is far from the limit. Investing in ETH is a long investment, a price correction is possible, it will be significant – by several tens of percent, but, nevertheless, the price of ETH will only grow. Of course, I can’t help but mention Ripple. It is a well-known, reliable cryptocurrency that has long been integrated into the current global banking system. Ripple has grown 56% in recent times, becoming one of the leaders in the emerging cryptocurrency market.

I would advise to wait for the natural correction of the coin and build up your investment portfolio, as the prospects for Ripple are clear. In the era of the collapse of the global economy, a pandemic, high bank transfer rates, and also in light of the fact that sanctions wars are taking place in the world, an alternative cryptocurrency banking instrument will always be relevant.

Even at its peak, the value of ETH retains the potential for continued price growth. After fixing above $ 1300, there is a possibility of growth to $ 2000, and in the next month the market may “push” the altcoin in this direction. ETH has strong fundamental support in the form of the Ethereum 2.0 network, and unless market sentiment changes, there is little serious threat to the cryptocurrency.

XRP looks pretty cheap relative to itself, given the predisposition of investors to medium-term purchases and the intense work of Ripple itself to optimize and develop business processes. XRP could head towards $ 0.325 if it manages to hold above $ 0.2727.

Altcoins initially carry increased risks, while now this statement is more relevant than ever. Many cryptocurrencies that were expected to grow have risen (ether), others are still at relatively low historical price levels (Cash). We can definitely say that the best moment to invest in altcoins has passed. However, if we are talking about a long-term strategy, then Polka dot (DOT), Cardanol (ADA), Bitcoin Cash (BCH), Lite coin (LTC), Stellar (XLM) fit into a calm investment format.

Of course, the same ether can show further growth, but now we have a lot of unknowns in the game, the main of which is the mood of American regulators. The government has changed in the United States, in theory it should be friendly towards innovations, but in reality everything can turn out to be exactly the opposite, as is often the case with Democrats. Donald Trump spoke negatively, but in fact did not put pressure on the cryptocurrency, while Joe Biden can “softly lay” and tightly “tighten the screws.”

Mixed comments have already been heard from representatives of the new government. Therefore, if in the foreseeable future Ethereum is recognized as a security, lawsuits appear, it is obvious that the coin will face the same deplorable fate as XRP. When choosing an altcoin, one should be guided not only by its prospects as a cryptocurrency. Taking into account the current situation, it is worth investing only in those coins and the money that you are ready to lose or wait a long time for a return to growth in the event of a sharp correction.