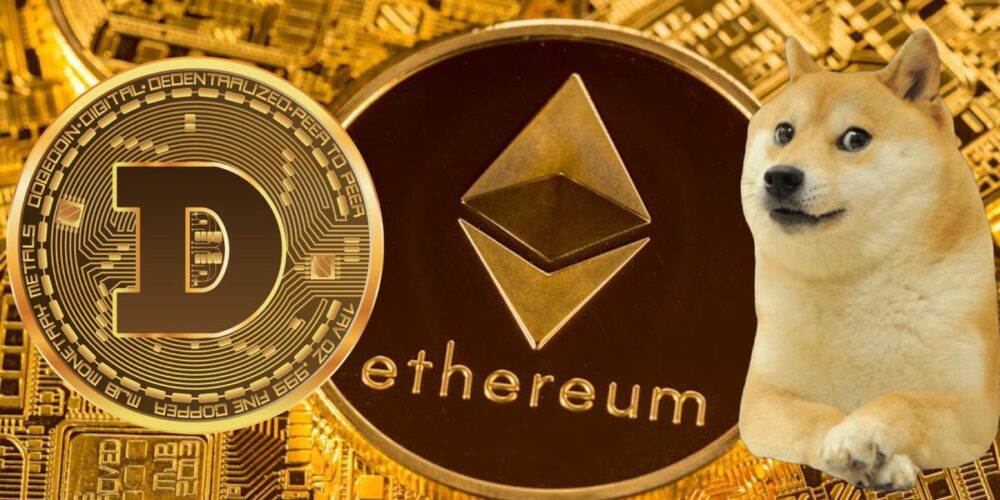 Dogecoin cryptocurrency: the story of a joke

December 8, 2021Comments Off on Dogecoin cryptocurrency: the story of a joke70150.4k

The Internet meme “Doge” is a photo of a Shiba Innu dog with captions that depict her own thoughts. It was this animal that became the logo of Dogecoin.
In the early days of its existence, Dogecoin came under severe attack. Two weeks after the official launch, hackers hacked into the Doge wallet wallet and stole $ 12,000 worth of coins. To help those who lost their funds, the Dogecoin community launched a “SaveDogemas” campaign to collect donations for the victims. After a month, enough money was raised to cover all the losses.

The cryptocurrency was developed on the basis of the Luck coin coin, which, in turn, is based on Lite coin. For Dogecoin mining, the Proof-of-Work algorithm is used. Previously, the reward for each block received in the cryptocurrency network was set arbitrarily, but in March 2014 the size of the miners’ reward became fixed – 250 thousand DOGE. Initially, the developers were going to issue 100 billion coins, but later removed this restriction. By September 2018, 116 billion coins have been mined.

“Dogecoin was created during the formation of the cryptocurrency market. Together with an unusual idea based on the most popular Internet meme, the coin quickly gained popularity, although it was completely useless.
Altcoin is steadily growing against the background of a general market decline, and recently overtook Cash in terms of capitalization and entered the top 20 virtual currencies rating by market capitalization.

Despite the “uselessness” of the coin, a fairly active community of users gradually formed around it, who subsequently began to note the technological advantages of the cryptocurrency. In particular, they are attracted by the following features of Dogecoin:

simplicity and democracy;
low commissions – 1 DOGE regardless of the transfer amount (in fact, a transaction for a cent);
ease of mining
instant transactions;
anonymity;
no scalability issues.
Also, the “comic” cryptocurrency enlisted the support of exchanges. First, it got to small platforms – NexGen, BTC38, Acuna, Biter, Verdure – and then “matured” to top crypto-exchanges: Bitter, Polonies, Hitch. Last October, supporters of the coin wrote a petition to Amazon asking them to accept Dogecoin as payment. The American corporation does not comment on the initiative; to date, more than 15 thousand people have signed the petition.

“DOGE is a perfect example of all that the cryptocurrency community is fighting for. The coin is completely anonymous, decentralized and secure, while free of drawbacks like the scaling problem faced by bitcoin,” says Sergey Zhdanov

Some traders use Dogecoin to withdraw funds with a lower commission than, for example, in the case of bitcoin. Some users believe in the investment attractiveness of the coin and plan to make money on the difference in rates when buying and selling cryptocurrency. True, to make a profit at a coin value less than a dollar, you need to buy a large amount of DOGE – for example, several million.

However, most of the users today do not see Dogecoin as an investment. Cryptocurrency is mainly used to collect donations or as a reward – “crypto chains”.  Users, among other things, helped raise money for the trip of the Jamaican bobsled team to the 2014 Winter Olympics in Sochi. Also, the coin is popular with the creators of faucets (faucets) – sites that attract visitors by giving away cryptocurrencies for free in exchange for certain actions (for example, clicks on advertising banners).

Less than two weeks after launch, on December 19, 2013, Dogecoin’s value jumped 300%. True, in monetary terms, the growth does not look so significant: the cost increased from $ 0.00026 to $ 0.00095. The rise was due to the ban on investment in bitcoin for Chinese banks, but this Dogecoin rate lasted only three days. However, by January 2014, the coin showed growth again and even for a short time bypassed bitcoin in terms of trading volume. In the same year, the cryptocurrency managed to enter the ten largest cryptocurrencies in the CoinMarketCap rating, but then slipped into the fourth ten of the list.

In 2015, one of the co-founders, Jackson Palmer, left the project. This triggered rumors that the coin would soon cease to exist. However, Dogecoin has managed to stay afloat, not least thanks to its active user community.

Until 2017, the price of the coin remained practically unchanged, but in April last year it went up. This was followed by a short decline, and in December 2017, Dogecoin’s performance rose sharply – like the entire crypto market. On January 7 of this year, the capitalization of the cryptocurrency exceeded $ 2 billion, its rate reached an all-time high of $ 0.017- $ 0.18. If in January last year the average daily trading volume was $ 188 thousand, then a year later this figure was equal to $ 227 million.

Throughout 2018, the Dogecoin rate has tended to mimic the movement of the market. But at the end of August, Dogecoin began to rise sharply, while most cryptocurrencies were rapidly losing in value. While bitcoin and Ethereum were setting anti-records, Dogecoin posted double-digit gains. This allowed the coin to get to the 20th line in the CoinMarketCap rating, leaving behind Cash, Verge, Bitcoin Gold. Ethereum dropped below $ 200, bitcoin hovered around $ 6300.