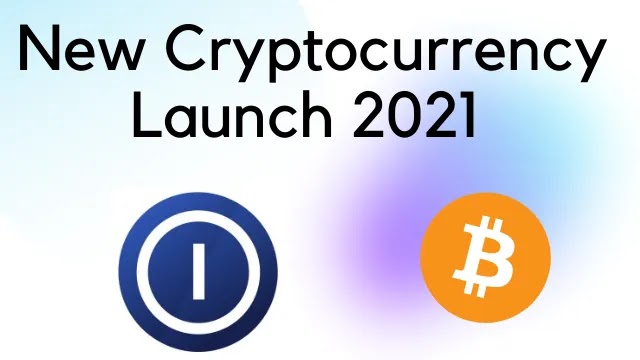 And in order to find the best options for investment, you need to regularly monitor promising projects, as well as analyze their key benefits.

In 2021, a lot of promising cryptocurrencies appeared that deserve the attention of investors.  But for those looking to save time and get up-to-date news and analytics quickly, visit the Finance Press Center page.

In addition, a lot of information on cryptocurrency ratings for 2020-2021 can be found on the Finance blog. It regularly publishes articles on the cryptocurrency market, as well as on projects that are gaining popularity and can bring investors a good profit in the near future.

It is a sidechain (child blockchain) of Ethereum, the main goal of which is to maximize the speed of smart contracts and decentralized applications.

Previously, the Polygon project was called Matich Network. Rebranding with the introduction of a new name was made in February 2021.

After the update, 2 important functions appeared on the platform:

Support for modularity. It is this feature that allows individual blockchains to be both independent and compatible with Ethereum.

With the help of MATIC, the developers plan to eliminate several problems specific to Ethereum:

The Polygon sidechain is a standalone independent platform capable of interacting with the main blockchain, providing a full-fledged data exchange. At the same time, MATIC is an ERC-20 token, and it can be stored on any Ethereum wallet.

There are 3 options for using this cryptocurrency:

staking – receiving a reward for keeping coins in your wallet;

payment for transactions within the Polygon network;

The Polygon Network solution has already proven its worth. Therefore, various companies began to use it.

EasyIEP is a service for issuing and receiving loans in cryptocurrencies.

Aavegotchi is a platform for trading NFT tokens.

This decentralized platform is distinguished by the fact that for the first time a “compressed blockchain” was used for its operation. Its blockchain size was only 22 kb. This solution was created against the backdrop of the problems with the heaviness of traditional networks.

in the case of bitcoin, this figure exceeds the 350 GB mark.

And over time, their size will only grow.

It is very inconvenient for users to download such volumes to their PC. So the development team, realizing this problem, started using SNARK recursive proofs. This technology is used to fully verify transactions.

As a result, it turned out to get rid of the need to store and confirm transactions directly in the Mina Protocol network. At the same time, only a snapshot of the blockchain is needed to prove the reliability of transactions. It is this scheme of work that lightens the weight of the network.

The MINA cryptocurrency itself is used to generate new blocks. And with its help, SNARK proof is paid in the Snarketplacе marketplace. The process is structured in such a way that first the validators must buy the MINA coin, after which they will have the opportunity to add new blocks to the system.

The maximum supply of MINA is not limited, that is, the coin is inflationary. Now its quantity in circulation is increasing by 12% per year, but the developers plan to reduce this figure to 7%.

Users have the ability to use staking when working with MINA. It is achieved through the use of SPV modeling, which operates on the basis of the Merkle proof of inclusion mechanism.

This network uses an internal token – CLV. It can be used on the Clover blockchain as well as the Polka dot ecosystem. Thanks to the innovative technology, users will be able to connect to multiple blockchains at the same time. For example, Ethereum, Finance Smart Chain and others. In addition, it became possible to synchronize several decentralized applications.

This blockchain platform was developed to create a new generation of financial products.

The tokenization of real assets should be understood as the creation of their digital image on the blockchain.

This function allows you to solve 2 problems:

reducing transaction costs by eliminating the need to involve an intermediary in the transaction;

providing a convenient and easy process for trading illiquid assets.

Stable block financing is available to companies of various levels. At the same time, the process itself is simplified as much as possible, and the rates are profitable.

Stake. A platform built for XPRT staking. The more assets are stored on wallets, the more profit their owners receive.

Comdex. Decentralized platform that allows you to trade assets that have been tokenized. At the same time, signing contracts and conducting transactions is as simple as possible.

Asset Mantle. This is a specialized service, thanks to which anyone can issue their own NFT tokens with the possibility of subsequent transfer of rights to them.

PLEND. Decentralized platform designed for lending in the form of issuing stable blocks.

Several venture funds are currently cooperating with the Persistence project. Among them are AU 21 Capital, Wood Stock, Encrypt, Terra, Lune, Inter Chain and others.